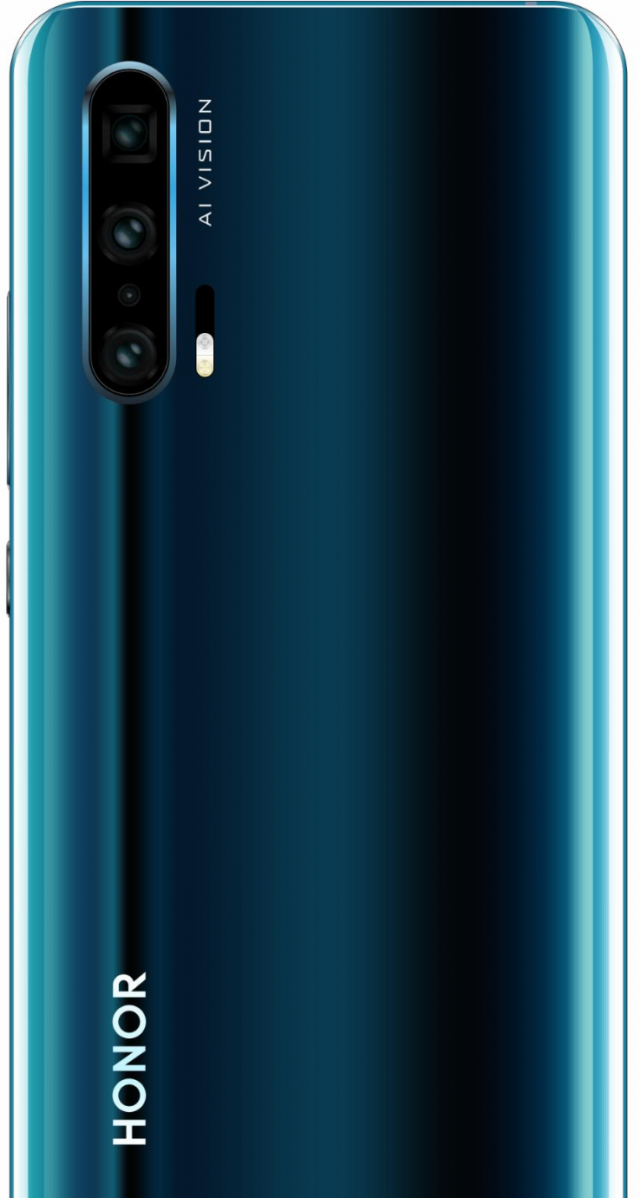 For those who aren’t familiar with this website, Weibo is basically the Chinese version of Reddit. Nonetheless, let’s take a closer look at the features that we can spot in the leaked press render.

As we can clearly see in the picture featured above, the leaked Honor 20 Pro press render is showing us the rear side of the smartphone. We already know that Honor 20 Pro will feature a full-screen display thanks to previous leaks but now, we finally get to see the triple-camera setup that the smartphone will have to offer.

The interesting thing about this camera setup is the fact it features AI Vision. This means that the camera will feature a couple of special modes that are enhanced through the help of AI (artificial intelligence) technology.

To top it all off, the leaked press render reveals that Honor 20 Pro will not feature a fingerprint scanner, thus leading us to believe that the smartphone will ship with an in-display fingerprint reader.

Since we are talking about Honor 20 Pro, let’s also check out what are some of the key hardware specs that the smartphone is expected to feature on launch day. Honor 20 Pro is going to feature a rather big 6.1-inches OLED panel that offers a pixel resolution of 1080 x 2240.

Moreover, the smartphone is going to be powered by Huawei’s in-house HiSilicon Kirin 970 (10nm architecture) processor that ships with eight-cores which clock at 2.4GHz.