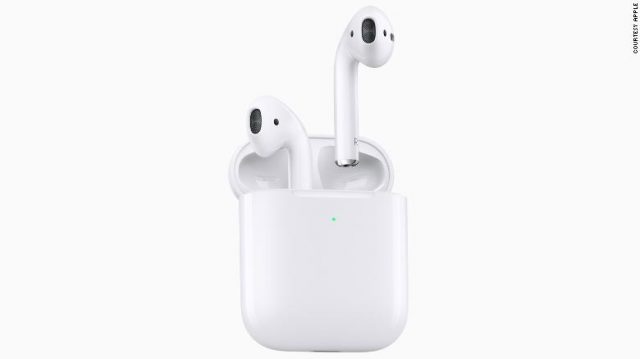 The internet has been buzzing with rumors and speculation in anticipation for Apple to announce its highly anticipated AirPods 2 and now, the wireless earbuds have been officially revealed today. Apple announced AirPods 2 earlier today and said that the wireless earbuds are scheduled to launch during a press conference that will take place on Monday. Nonetheless, today we are going to check out everything there is to know about Apple’s new AirPods 2.

Even though there aren’t that many changes that Apple could make to AirPods 2 in order to make it significantly better than the original version, Apple has found a way to do it. The Cupertino based tech giant has equipped AirPods 2 with a better wireless charging case, improved battery life and to top it all off, AirPods 2 will introduce hands-free access to the Siri voice assistant.

AirPods 2 will be available in two options. The first one bundles the AirPods 2 with a wireless charging case for a total of $199 and the second option ships with a normal case and it costs $159 which is the same price as the first AirPods. We should note that the wireless charging case can be purchased separately for $79 by Apple fans who already own the first version of AirPods.

AirPods 2 is going to be equipped with Apple’s brand-new H1 chip that provides faster performances. Not only that, but the addition of the H1 chip is also making it possible for the AirPods 2 to offer up to 50% more talk time than the original AirPods.

The voice assistant can be activated hands-free by AirPods 2 users by simply saying “Hey Siri”. This is a nice feature because the only way to access Siri’s features on the original AirPods is to tap one of the ear buds.