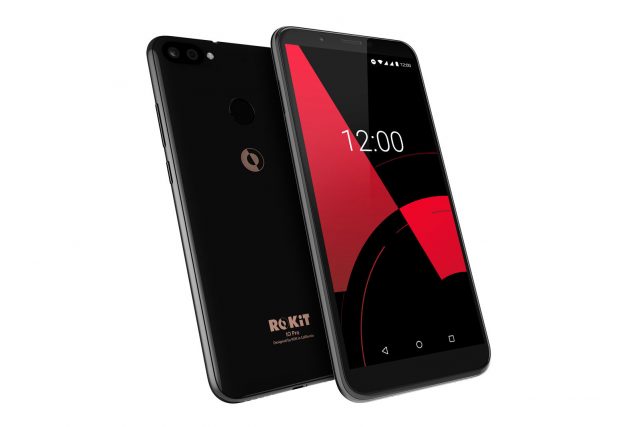 Starting a new company and entering the smartphone industry is not an easy task. Tech giants such as Samsung, Apple and Huawei are dominating the industry and the only way for a new brand to make it is to come up with something really special and unique. Luckily, this is exactly what Rokit did. Rokit launched two new smartphones called Io 3D and Io Pro 3D. What makes these two handheld devices stand out is the fact that they can run 3D videos without needing any special glasses.

RED Hydrogen One is currently the only smartphone that makes it possible for users to view 3D videos and images but now, Rokit’s new devices are offering a much cheaper alternative. The Io 3D ships with a 5.45-inches display that offer a pixel resolution of 1440 x 720. The smartphone is also equipped with a quad-core MediaTek processor that clocks at 1.3GHz. The processor is paired with 2GB of RAM and 16GB of expandable internal storage space. In addition, Io 3D features a 8MP primary camera and a smaller 2MP selfie shooter.

On the other hand, we have Io 3D Pro. This is the more expensive version of the smartphone and it offers a 6-inches display that offers a pixel resolution of 2,160 x 1,080. Not only that, but the smartphone is also equipped with a powerful octa-ore MediaTek processor which clocks at 2GHz. Furthermore, the CPU is coupled to 4GB of RAM and 64GB of internal storage space.

As we can clearly see, the two new smartphones from Rokit don’t feature any outstanding specs. Their highlight feature is the 3D video and image support. Although, their prices reflect the medium-range specs with Io 3D being priced at $200 and the Io Pro 3D at $300.