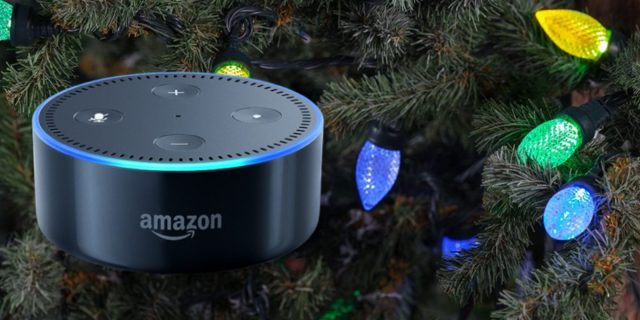 It’s been two days since Christmas and the present that most people from Europe unboxed on the 25th was an Echo Dot smart speaker. Amazon has created a powerful marketing campaign for Alexa, the artificial assistant, and everyone wants to have it around their home. Therefore, Echo Dot devices became bestsellers during the holidays. In fact, reports are showing that there were so many Echo Dot devices plugged in at the same time in Europe that Alexa crashed!

Thousands of people from Europe have received a smart box as their Christmas present and to their surprise, the smart speaker didn’t work. Since thousands of people all over Europe were trying to connect their own Alexa to Amazon’s servers, the AI assistant crashed. Every time someone asked Alexa a question such as “Alexa, is it raining outside”, the AI Assistant will give out the following response “Sorry, I’m having trouble understanding you right now”.

Since Twitter was overflooded with complaints about Alexa not working, the customer support account for Amazon had to release the following statement: “some Echo devices in Europe have had intermittent connections”. On the bright side of things, the AI assistant started working after two hours of being down and people got to enjoy their newly received Christmas present.

Who would’ve thought that a smart speaker is the best Christmas present? Nonetheless, this shows us just how successful Echo Dot devices are and that Amazon made the right decision by choosing to invest millions of dollars into making Alexa the best AI assistant in the entire world. Apple and Google still have a long way to go before they can catch up to Amazon because Siri and Google Assistant are lacking many features when compared to Alexa.