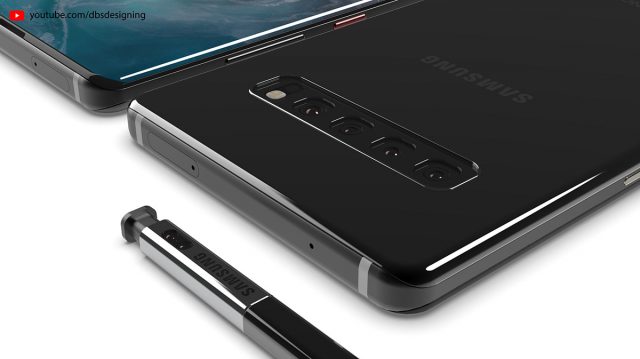 This year is a really busy one for Samsung. The South Korean based tech giant has recently announced the official price for the 5G version of Galaxy S10, but that’s not all! Samsung has also confirmed that Galaxy S10e, Galaxy S10 and Galaxy S10+ are now available to purchase from all popular online shops. To make things even better, the tech giant announced that its highly anticipated foldable smartphone called Galaxy F is going to launch on April 26th.

Even though it might seem like Samsung has already flooded the smartphone industry with its new devices, this is not where it ends. As we all know, Samsung is already adding the finishing touches to Galaxy Note 10 which is scheduled to launch this summer.

Well, it looks like Galaxy Note 10 is not going to be the only smartphone that Samsung launches this summer because the Korean publication “The Bell” is reporting that Samsung is also planning to launch an entirely different version of Galaxy Note 10 that will ship with powerful features such as a new SKU and 5G support.

The folks at “The Bell” are reporting that they have a Samsung insider source that is feeding them information about the upcoming Galaxy Note 10 models. The source is saying that the first model will be the standard one and the second one will launch only in European countries and that it will ship with improved hardware specs and a much more expensive price tag.

“We know that the Galaxy Note 10 will come out on the market in two different models,” said the source. On the downside of things, the source didn’t reveal too many details about the kind of features that the premium version of Galaxy Note 10 will have to offer. Nonetheless, we will find out all about it in only a couple of months.