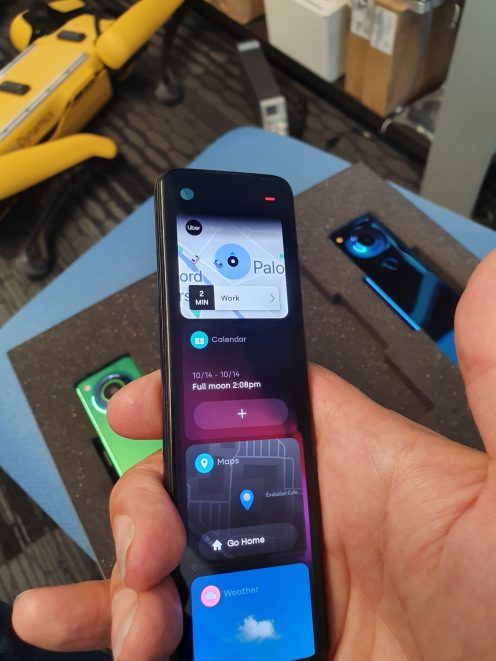 The Essential Phone was expected to take over the world a couple of years ago but this isn’t exactly what happened. The Essential Phone proved to be a little too expensive and customers opted instead of for one of Samsung or Google’s latest flagship offerings. However, this doesn’t mean that Essential is ready to give up. In fact, CEO Andy Rubin has revealed a couple of images that show off the prototype for the next Essential Phone which ships with a narrow candy bar-style touchscreen.

The Essential CEO decided to tweet a couple of pictures and a short video that shows off the new Essential Phone. This came as a surprise to everyone because it’s been months since we heard any rumors on the second generation Essential Phone.

Nonetheless, the pictures posted by Andy Rubin are showing us that Essential Phone is going to feature a front facing punch-hole camera that is located in the top left corner.

This is a new take on the punch-hole camera that Samsung introduced earlier this year and we have to admit that it looks great. In addition, Essential Phone is equipped with the primary navigation (back button and pill) on the top side instead of the bottom.

Even though Andy Rubin didn’t reveal any information about new features, the pictures he posted do show that the upcoming Essential Phone will feature a new multitasking feature that supports native app such as Calendar, Weather, Uber and Maps. Another important thing that we want to mention is that the apps listed in the multitasker app are not stock Android apps form Google.

“We’ve been working on a new device that’s now in early testing with our team outside the lab. We look forward to sharing more in the future,” said Essential in an official statement earlier this afternoon.