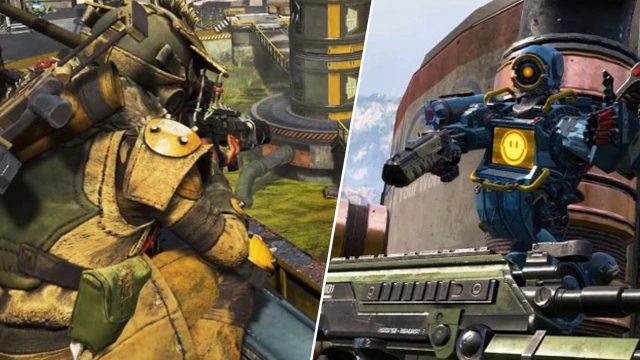 Apex Legends is the new “kid” on the Battle Royale block and Fortnite finally has something to fear. The popularity of the new Battle Royale game has skyrocketed during this last week with Apex Legends reporting that more than 25 million players have created accounts in the span of seven days. This is impressive and it shows us that Battle Royales are here to stay.

Nonetheless, the reason why we are talking about Apex Legends today is because the game is scheduled to receive a new weapon today. This is the first content update that Apex Legends receives since it was launched and it will set the standards for future updates. Without any further ado, let’s see what makes the new weapon special.

Apex Legends Gets a New Weapon

The official Twitter account for Apex Legends has posted a short video teaser where a new gun is highlighted. The new weapon is called “Havoc” and this information was confirmed directly by Respawn Entertainment which is the studio that is in charge of Apex Legends. On the downside of things, Respawn Entertainment didn’t want to reveal too much information about the new Havoc weapon.

Even though the developers of Apex Legends don’t want to tell anyone what kind of weapon Havoc is going to be, we got lucky and the code for the weapon was datamined. The leaked code revealed that Havoc is going to be an assault rifle that uses “energy ammo”.

To make things even more interesting, the code found by the dataminers mentioned a charge attack. This leads us to believe that players will be able to long press the left mouse click in order to charge a heavy attack with Havoc, similar to how grenade launchers that are mounted on assault rifles work in other games.