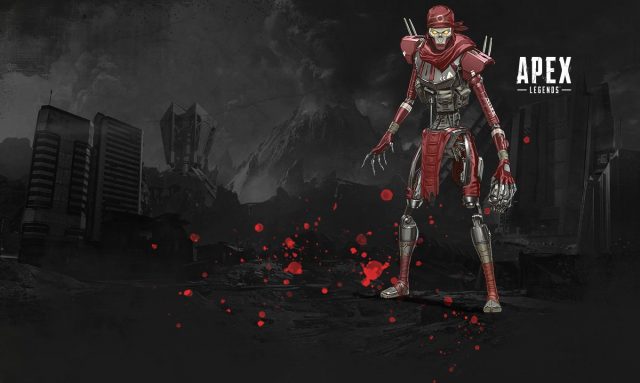 Respawn Entertainment took the gaming industry when it launched Apex Legends. This is a Battle Royale game that quickly became popular after launch and the game’s player base keeps growing thanks to the fact that the game developer is constantly introducing new features, weapons, content, and characters!

Even though Respawn Entertainment doesn’t want to reveal any exciting details about the upcoming Season 4, we got lucky and dataminers were able to discover something really interesting about the new season.

Season 4 Will Introduce the Revenant

The first thing that we want to note about the latest Apex Legends leak is that it comes from “That1MiningGuy”. The data miner looked through the code of the latest update that Apex Legends received and he discovered an image that reveals the Revenant. This is a new character that will be introduced when Season 4 launches.

The Revenant is a red robot that holds a metal skull in his left hand. From the looks of it, the Revenant has something against other robots and this means that Pathfinder is going to have a new enemy once Season 4 kicks off.

The Community is Thrilled

We want to mention that this is not the first time that the Revenant was spotted. A small picture of the upcoming Legend was actually spotted first on Season 4’s official website. The picture only showed us the silhouette of the Revenant but now, we are sure that was him.

“I’m sure Forge is coming, but Revenant might be sooner than expected, and this might just be a double bamboozle. Not to mention Hammond Robotics is in the name, they were involved with the IMC and did all sorts of things, it feels perfect for them to have experimented on something like Revenant.”

“I think Hammond Robotics might be who Revenant is looking for, regarding his “REVENGE”,” said the Apex Legends fan who originally spotted the Revenant on the game’s subreddit.