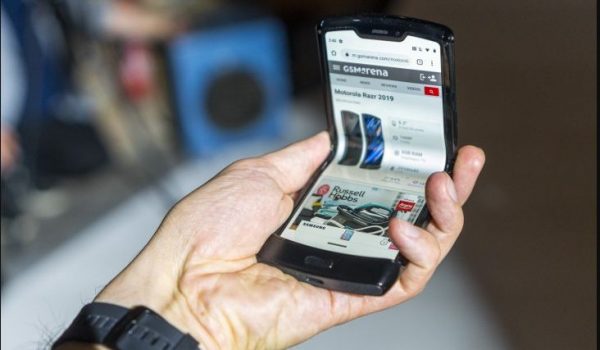 Motorola is bringing us back into the golden age of smartphones when flip phones used to be cool. The reason why the flip phone is making headlines on our website today is that Motorola has officially confirmed the launch date of the device.

Motorola has announced that Razr will be available to purchase in the US market via Verizon. However, Motorola fans can also purchase an unlocked version of the device by pre-ordering from Walmart or Motorola’s own website. Furthermore, the pre-order date for Razr is set on January 26th.

We also want to note that the official pricing of Razr has been revealed and the device is not cheap! Motorola has priced Razr at $1,499. This is quite expensive but truth be told, it’s significantly cheaper than Samsung’s Galaxy Fold.

The innovative design is maybe of the reasons why Razr is so expensive, but that’s not all. Motorola has also equipped the device with powerful hardware specs that can only be found on premium flagship smartphones. First of all, Razr is powered by Qualcomm’s Snapdragon 710 SoC that is paired with a 2,100 mAh battery.

Furthermore, the device ships with a single 16MP shooter in the camera section and support for a new feature that allows users to edit photos. The device is also equipped with a rather big 6.2-inches display. Motorola is dubbing the display as “Flex View” and it will be able to flip.