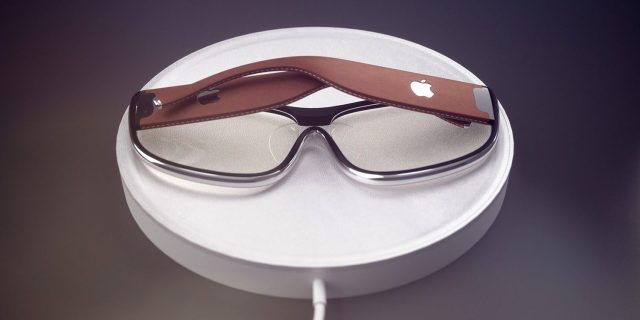 The internet has been buzzing with rumors for months that Apple is developing special glasses that are equipped with AR (augmented reality) technology. Industry analysts have also reported that the AR glasses are in the development phase right now and that they might launch sooner than expected. Well, we finally have some official confirmation. Multiple publications are reporting that the Cupertino based tech giant has shown off the AR glasses during an internal presentation.

There have been numerous iOS code snippets that hinted at stereo AR glasses and now, Apple has finally decided to show off what the device looks like. On the downside of things, this happened during an internal presentation and the only ones who got a glimpse of the AR glasses are Apple employees. Luckily for us and other Apple fans, one of the members who participated in the presentation revealed that Apple is aiming to launch the AR glasses in late 2020 or early 2023.

The AR glasses were revealed at a presentation that filled a 1,000-person seat auditorium located in Apple’s headquarters. The presentation focused on showing off the upcoming AR glasses and what type of innovative features that it will have to offer.

“The N301 headset is equipped with outward-facing cameras and is planned to offer both AR and virtual reality capabilities,” said someone who attended the event.

Furthermore, the AR glasses will feature “a high-resolution display that will allow users to read small type and see other people standing in front of and behind virtual objects,” added the source.

To make things even more interesting, the source also highlighted the fact that Appl’s new AR glasses will look more like the Oculus Quest device than other AR glasses from companies such as Snapchat.