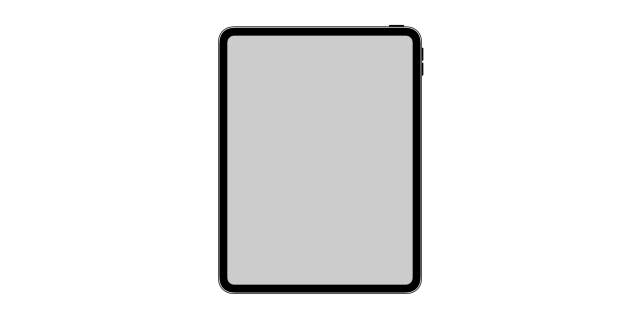 Apple announced that it will host a big press event tomorrow (October 30th) where it will reveal a bunch of new devices and software updates. The device that has everyone excited is the next-generation iPad Pro 2018 which was expected to arrive since June. Even though iPad Pro 2018 has been delayed, it’s always better late than never.

What’s interesting is that Apple is doing its best to not unveil any details about the upcoming iPad Pro device. Apple loves to use the element of surprise during its press events, but a line of code from the fifth beta version of iOS 12 is running the surprise that Apple has in store for us. The reason we are saying this is because the line of code shows an icon which reveals iPad Pro 2018’s design.

The leaked icon that is shown in the picture featured above shows us that Apple decided to use a minimalist design for iPad Pro 2018. The next-generation device will not feature a Home button or a display top-notch and it will ship with rounded corners that give it a much sleeker look than the existing iPad Pro models.

One of the most interesting features that has been unveiled by the leaked icon picture is the sleep/wake button. This button is placed on the top of the device which is quite shocking because all of Apple’s new iPhones that also ship with a full-screen design have the sleep/wake button mounted on the sides.

The button is used to activate Siri, take screenshots and even shut down the device by long pressing on it. Moreover, we have to mention that some tech analysts are speculating that the leaked iPad Pro 2018 icon is an unfinished product since iOS 12 is still in the beta phase.