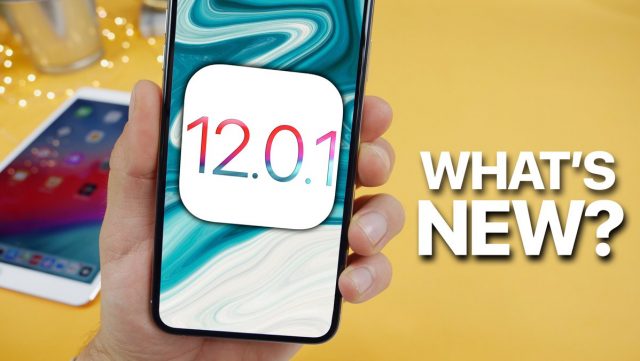 We have some good news and some bad ones for Apple fans today. The good news is that Apple finally rolled out iOS 12.0.1 which takes care of the infamous iPhone XS charging bug. On the other hand, the bad news is that with the release of iOS 12.0.1, Apple fans can no longer downgrade to iOS 11 which is a major problem for the jailbreaking community.

We reported last week that even though iPhone XS is the best smartphone that Apple has to offer, its software is plagued by a bug which makes it unable for iPhone XS to charge properly. As you would expect, this caused the iPhone fan community to get angry with Apple, especially since the Cupertino based tech giant charges a premium for iPhone XS. Fortunately, Apple didn’t waste too much time and it released iOS 12.0.1 which includes a fix that takes care of iPhone XS’s charging problem.

Another reason why the iPhone fan community got angry with Apple is that iPhone XS would automatically rejoin Wi-Fi networks at 2.4GHz instead of 5GHz. This was proving to be quite an annoying issue but just like the charging bug, iOS 12.0.1 fixes it!

Also, worth noting is that iOS 12.0.1 introduces a bug fix that caused iPhone XS to not connect with Bluetooth devices. Even though iPhone XS shipped with lots of unexpected software issues, it’s great to see that Apple is doing its best to take care of them.

No Longer Able to Downgrade to iOS 11

As we already mentioned, jailbreak fans are no longer able to downgrade their devices to iOS 11 now that iOS 12.0.1 is here. This makes it more challenging for jailbreak fans to enjoy the benefits that Cydia has to bring.