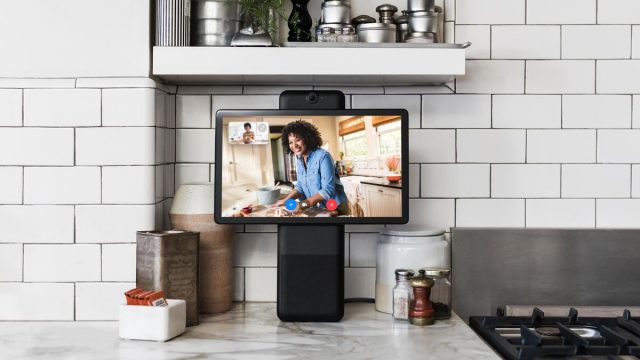 Even though Facebook is one of the world’s biggest software companies, it never launched any tech devices. However, the waiting is now over since Facebook Portal is now available for purchase. Facebook Portal is a smart home speaker that is activated through voice commands and it uses Amazon’s Alexa as an AI assistant. On the downside of things, people are scared about the new device.

The reason we are saying people are not liking Facebook’s new Portal is because this smart home speaker features a set of cameras that follow people around. Not just that, but Facebook Portal also features a special software that enhances the sound of people’s voices in order to make commands clearer according to Facebook.

While Facebook Portal might seem like the best smart speaker available on the market, no one can blame people for not wanting it in their homes. Facebook Portal will store every vocal command that users give so that the device can get a better understanding of what type of information the user likes.

“Facebook’s like … look at this cool new gadget that eavesdrops on your and does creepy stuff with the info it collects,” said Idol Kolovaty who Is a professor at the University of Tulsa College of Law.

We should mention that another reason why people don’t want to have Facebook Portal in their homes is because of the recent Cambridge Analytica privacy scandal that caused Facebook’s stocks and user base to plummet.

Deactivating the Camera and Microphone

Mark Zuckerberg noticed that everyone is talking about how Facebook Portal is eavesdropping on their conversations and he decided to make the following statement: “Facebook Portal doesn’t listen to, view, or keep the contents of your Portal video calls”. Furthermore, Facebook Portal users can also deactivate the device’s camera and microphone by pressing a button on the device.