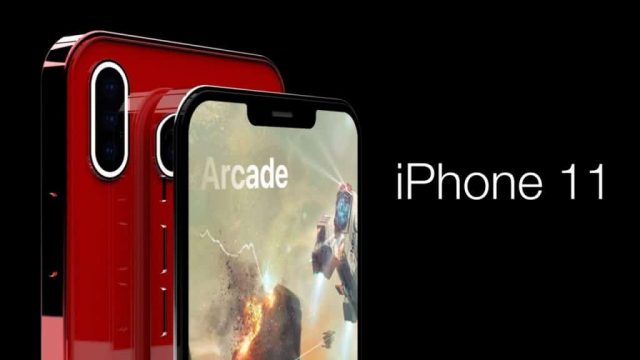 Apple used to launch two iPhones per year, but this has changed over the course of time and Apple launched three iPhones in 2018. Now, the Cupertino based tech giant is expected to do the same but to make things even more interesting, the Japanese publication “Mac Otakara” is reporting that a “trustworthy” Apple insider source is claiming that we might see five iPhones in 2019.

The three iPhones that we know Apple is going to launch are the updated versions of iPhone XS, iPhone XS Max and iPhone XR. However, the folks at Mac Otakara are saying that the Cupertino based tech giant is also planning to launch two bigger iPhones that will feature OLED technology.

The two iPhones will measure in at 6.1-inch and 6.5-inch respectively. What makes these iPhones stand out from the rest is the fact that according to the Apple insider source, they will feature thinner chassis, triple-camera setups, reverse wireless technology and 18W Lightning-to-USB-C fast chargers.

From the looks of it, the bigger 6.5-inch iPhone will probably be the most expensive smartphone that Apple launches in 2019. Some are speculating that the smartphone will be called iPhone Pro and that it will ship with support for 5G technology.

This is great news for Apple fans who enjoy surfing the web but on the downside of things, the 6.5-inch iPhone with 5G support might be the first iPhone to reach the price of $2,000. Even though $2,000 might seem a little bit too expensive, we need to keep in mind that this Apple we are talking about and this company is infamous for overpricing its products.

We have to admit that launching five iPhones will not be such a shocking thing. Samsung is doing the same by launching multiple versions of its latest Galaxy S10, including a version with 5G support.