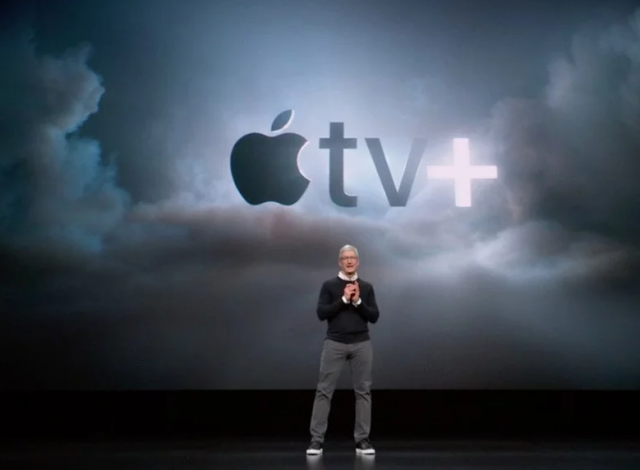 Apple’s highly anticipated special event finally took place yesterday (March 25th) and the Cupertino based tech giant revealed two new subscription based services. The first service is called Apple News+ and it will provide Apple fans with access to premium journalism and the second service is none other than the long-rumored Apple TV streaming service that will rival Netflix and HBO Go. With that said, today we are going to give everyone a rundown of everything that happened during Apple’s latest event.

Apple CEO Tim Cook took to the stage right when the special event started and he announced Apple News+. “We’re bringing magazines to Apple News. This is going to take Apple News to a whole new level…This is really important to us. We believe in the power of journalism and the impact it can have on our lives. We believe Apple News+ is going to be great for customers and great for publishers”.

Roger Rosner is Apple’s Vice President of Application and he announced that the Apple News+ service will cost $9.99 per month and that it will contain news content from more than 300 magazines.

In addition, the news will span a range of wide topics. “If you were to subscribe to all these titles individually, it would cost you over $8,000 per month,” added Roger Rosner.

We should also mention that the first month of Apple News+ is going to be free and that similar to Netflix, subscribers can share their account with their family members without having to pay anything extra.

“We’re super excited about this. We’ve got great health magazines and great lifestyle magazines. Magazines for travelers, for foodies, magazines for gear heads: magazines for just about any passion under the sun. And Apple News+ is the only place you’ll find all these magazines in a single package,” said Roger Rosner.

The second big announcement that Apple made during yesterday’s event is the new video streaming platform called Apple TV Channels. This platform will bundle programming from third-party entertainment companies such as CBS All Access, Showtime, Starz and HBO.

Apple TV Channels will also have its fair share of exclusive content and the Cupertino based tech giant wanted to make sure that everyone knows this and it invited some of the world’s most famous directors and actors.

Steven Spielberg who will produce the “Amazing Stories” series was the first one to take the stage at Apple’s event. The following celebrities went on stage right after Steven Spielberg: Jennifer Aniston, Jason Momoa, Steve Carell, Reese Witherspoon, Kumail Nanjiani, Sarah Bereilles, Big Bird, Alfred Woodard, and none other than J.J. Abrams himself.

To top it all off, the event was closed with Oprah making an announcement for her upcoming documentary series that will be released on Apple’s streaming platform. Not just that, but Oprah also said that she is working on creating a new book club that will be available on iPhones.

The streaming service is going to launch this fall and it will be available in more than 100 countries. Apple didn’t want to confirm the exact price of the subscription service and the only thing that it stated in terms of price is that Apple TV Channels will be completely ad-free.

Apple stated last year that its plans for the future are to become a software focused company and to leave the hardware manufacturing in the second place. Well, it looks like Apple is sticking with that promise because the two new subscription services that Apple has announced will generate more income for the company than a new iPhone ever could.