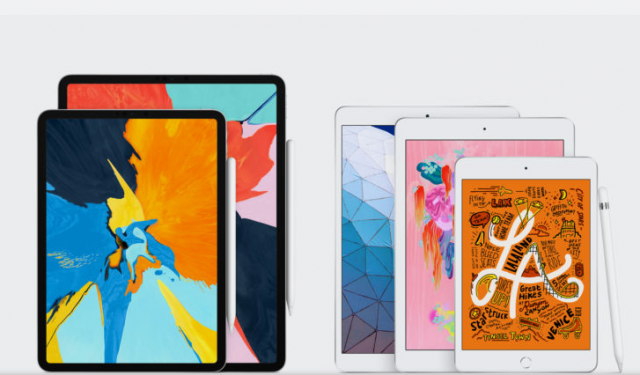 We reported yesterday that Apple quietly launched a new iPad Air and iPad Air. The reason why Apple didn’t want to make a fuss about the two new devices is because the Cupertino based tech giant is getting ready to host a big media event on March 25th where it will reveal its brand-new Apple TV streaming service that will rival the likes of Netflix. Nonetheless, today we are reporting on the new iPad Air and iPad Mini because Apple has revealed that they will feature support for eSIM.

While the addition of eSIM support might not sound like such a groundbreaking feature for most Apple fans, we have to note that having eSIM support will prove to be quite useful. Even though regular SIM works the same way, what makes eSIM special is the fact that it doesn’t lock the iPad Air and iPad Mini to a single partner carrier.

Apple fans who enjoy travelling will love the new support for eSIM because this feature makes it possible for them to connect their newly purchased iPad Air or iPad Mini to carriers that Apple is not partnered with.

Now that we covered the latest iPad Air and iPad Mini news, we want to present everything there is to know about the upcoming Apple TV streaming service. In typical Apple fashion, the Cupertino based tech giant didn’t want to reveal any exciting details about is new service. However, we already know thanks to previous leaks that this will be a subscription based service that will work the same way Netflix does.

Industry experts are reporting that Apple is definitely going to announce a bunch of exclusive shows and movies that will be available only on its new streaming service because this is the only way for Apple to compete against the likes of Netflix.