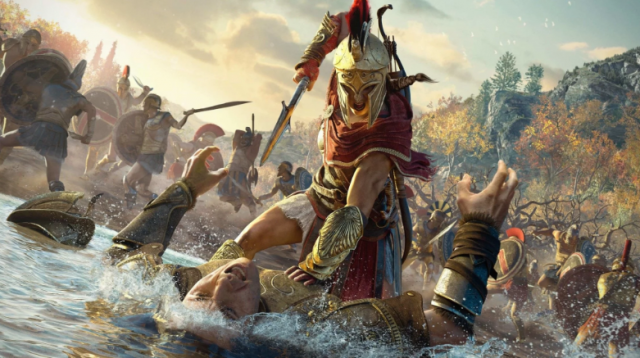 Ubisoft has announced that it plans to launch five games during the upcoming future. However, Ubisoft only confirmed three of those games (Watch Dogs: Legion, Rainbow Six Quarantine, Gods & Monsters). This leaves two mysterious games and Ubisoft fans are wondering if one of them might be a new Supercell title.

Unfortunately for fans of the Supercell franchise, a new title is not going to launch in 2020 and instead, Ubisoft will launch Assassin’s Creed and Far Cry instead. This information was confirmed by Kotaku’s Jason Schreier.

Ubisoft has completely redesigned the Assassin’s Creed franchise during this past couple of years and made all the new games feel like RPGs and not a movie. This made the last two Assassin’s Creed games super popular in the gaming community and therefore, it shouldn’t come as a surprise that Ubisoft is now working on a new installment to the franchise.

The upcoming Assassin’s Creed game is Viking-themed and according to previous leaks, it will be called “Ragnarok”. A couple of leaked screenshots from the game’s development were leaked in 2019 and therefore, we think it’s safe to say that the next Assassin’s Creed title will arrive later this year.

Just like Assassin’s Creed, Far Cry is another successful franchise that Ubisoft owns. Ubisoft has been constantly launching new Far Cry games during the last years and it has dropped hints that it will launch a new one in 2021. On the downside of things, Ubisoft has yet to make any announcements about the story of the next Far Cry game.

Even though Ubisoft is keeping the new Far Cry game behind closed doors, industry experts are predicting that it will launch between January and March 2021. We still have a lot to wait before Far Cry launches, but at least we know what’s coming our way.