Marvel’s Avengers: Endgame is one of the most highly anticipated movies in the world and Marvel is doing a great job of marketing it. The reason why we are saying this is because Marvel has released a bunch of AR (augmented reality) emojis that fans of the Avengers movies can use. The new emojis have been published by Playmoji and they are available in Pixel camera’s viewfinder.

Here are the new emojis that Android smartphone users will be able to use in order to take awesome pictures: Captain Marvel, Rocket, Thor, War machine and Black Widow. Android smartphone users will be able to take these AR emojis and place them in real-life backgrounds. To make things even better, users can even tap on the emojis in order to trigger signature moves and sounds. 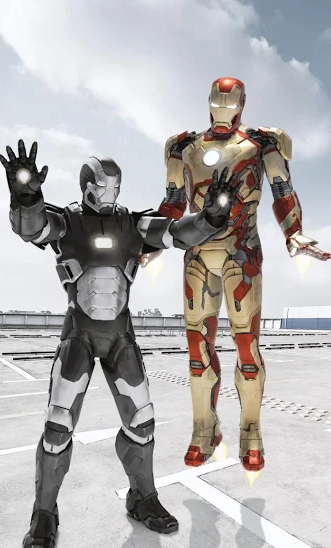 We need to mention that Marvel has developed the new app with the help of Google. The app can found available for download on the Google Play Store and Avengers fans will be happy to know that the app already comes with a bunch of exciting Avengers AR emojis such as the famous Iron Man.

Marvel is Teaming Up with Google

As we can clearly see from the new app, Marvel is teaming up with Google in order to market its upcoming movie. Therefore, we need to mention that a recent Pixel 3a and Pixel 3a XL leak has hinted that Google is going to launch the two new mid-range smartphones during the upcoming days and that there will be special Avengers-themed models.

Considering the fact that Marvel and Google have already teamed up in order to create the cool looking AR emojis, it wouldn’t come as a shock to find out that the Android parent is also going to release a bunch of special Avengers-themed Pixel smartphones.