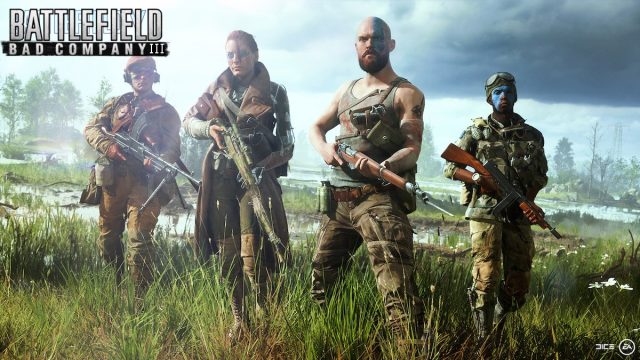 We reported two days ago that Sony’s Mark Cerny did an interview where he revealed some of the most powerful and impressive hardware specs that PS5 will offer on launch day. Today we are bringing some more exciting PS5 news. However, today’s news is not about hardware and its all about a game that PlayStation fans have been asking to be made for a long time. The game that we are talking about is called Battlefield Bad Company 3 and an EU-based game developer has leaked some important information about it.

Bad Company is one of the most famous FPS (first-person-shooter) series for PC and consoles. Therefore, it should come as no surprise that gamers from all over the world have been asking DICE (the game’s developer) to create a new installment in the series. Fortunately, it looks like we might not have to wait that long for Battlefield Bad Company 3 because news of the game has just been leaked.

An EU-based game developer who claims to have worked on a brand-new AAA game that will launch for PS5 in 2020. The developer decided to make a Pastebin page where he shared some information about PS5’s features and upcoming games. Nonetheless, let’s check out the games that the developer has leaked.

As we can clearly see, the EU-based developer has some big news for PS5 fans. Let’s hope that the leaked information proves to be true because if it does, then this means that PlayStation fans are in for a great year in 2020. However, we need to warn everyone to take this leak with a grain of salt because after all, it can always prove to be a simple hoax.