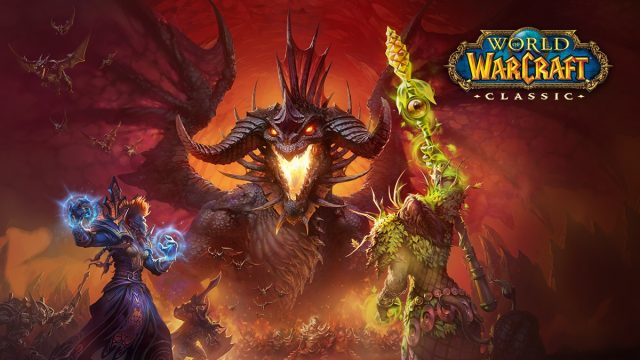 World of Warcraft (WoW) Classic is finally live! Getting Blizzard to launch Legacy servers was an uphill battle right from the start, but the community prevailed and everyone who played the MMORPG 15-years-ago can finally spawn back in Azeroth at level one and go on the adventure of their lifetime.

The reason why we are saying that this was an uphill battle is because Blizzard never wanted to launch Legacy serves and it shut down all private servers that provided WoW fans with the option to play the game during the Vanilla state. Fortunately, the community fought hard and Blizzard listened.

The interesting thing about WoW Classic is that despite launching earlier last this morning, Blizzard didn’t advertise the game at all. Everyone thought that this is happening because Blizzard is bitter about players choosing to play on the Vanilla version of the game instead of the retail one and having fun in the Battle for Azeroth expansion. Well, it looks like Blizzard is finally ready to celebrate the launch of WoW Classic.

Blizzard has uploaded a new two-minute video on the official World of Warcraft YouTube channel and it’s called “A Toast to 15 Years”. The video shows a bunch of adventures (WoW players) drinking inside an inn and a bard who starts singing with joy about the amazing adventures that they are about to experience.

A cool thing about the “A Toast to 15 Years” video is that it features quite a few celebrity cameos. There are many famous people who played WoW in Vanilla and Blizzard has gathered a couple of them in the new video. If you are paying attention, you will be able to spot Ronda Rousey, Hodor (from Game of Thrones) and the awesome Matt Mercer.