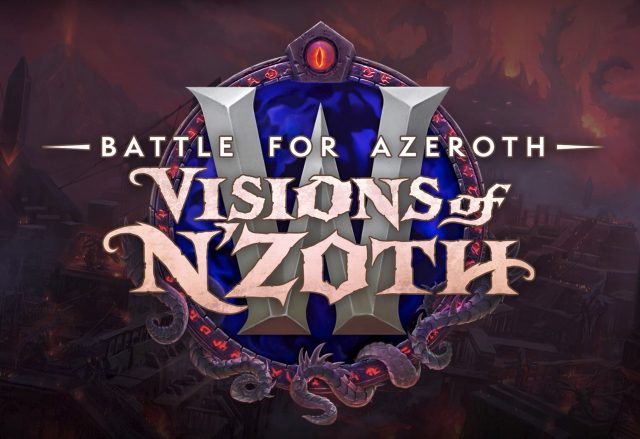 Battle for Azeroth is World of Warcraft’s latest expansion and despite setting sales records when it launched, the expansion proved to be a flop. The key gameplay mechanics of the game such as Azerite Power and Traits are difficult grinds that make it challenging for players to keep their alts powerful and players hate this system. Although, the worst thing about Battle for Azeroth is the content drought.

On the bright side of things, Blizzard has listened to the feedback from players and it is now adding the finishing touches to Patch 8.3 Visions of N’Zoth. The update is going live today (14th) in North America and tomorrow in Europe. With that being said, let’s go ahead and check out what are the highlight features that the new update as presented by WowHead. 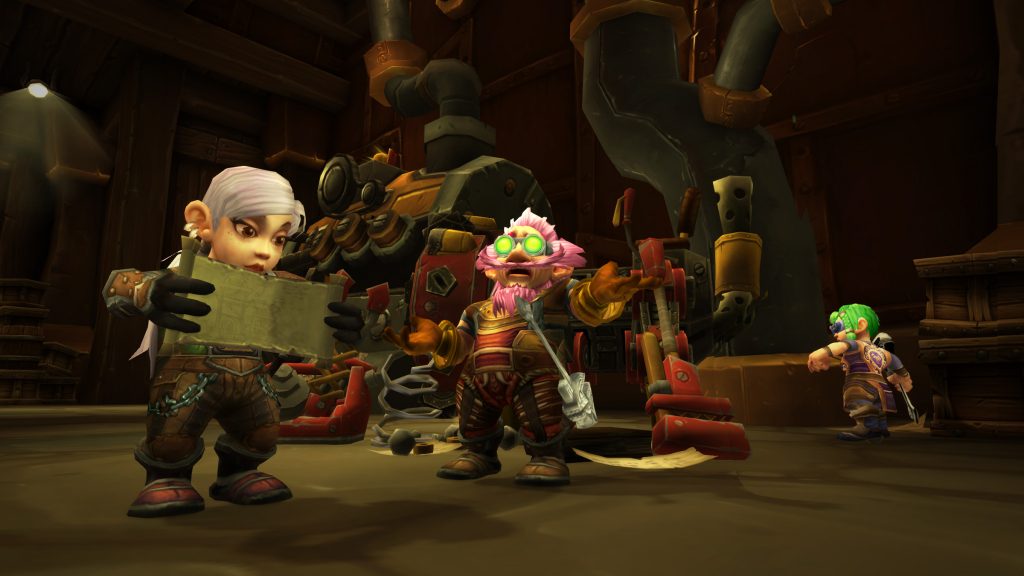 Mechagnome and Vulpera have been added as Allied Races for the Alliance and Horde respectively. Unlocking each race requires exalted with their respective factions and earning the achievement for completing their respective zone storylines. See the individual race pages for more details, racials, available classes, and the like.

While initially announced as a feature of Shadowlands, ALL Allied Races will be eligible to become Death Knights in patch 8.3, along with a new starting scenario featuring Bolvar as the Lich King. While the scenario has not been seen yet, we’ve datamined several meshes and models for the new class/race combinations and our PTR Dressing Room now depicts Death Knight eye glows for ALL races, as Allied Races and Pandaren can be Death Knights with pre-purchase of Shadowlands.

Ny’alotha, the sleeping city, has awakened. For the first time in millennia, N’Zoth sits on his throne within the Black Empire. His armies flood from their dark halls, once again wreaking havoc on Azeroth. As the world shudders from these invasions, a desperate plan is hatched. Champions from the Horde and Alliance are gathered to face this ancient enemy within his own realm for one final confrontation that will decide the fate of the universe. The 12 boss raid features many corrupted former friends and a few returning foes – Wrathion, Ra-Den, Queen Azshara, Vexiona and even Il’gynoth all make an appearance before a final confrontation with N’Zoth himself.

Assaults are a Patch 8.3 activity in which the forces of N’Zoth attempt to overrun key titan facilities in Uldum and the Vale of Eternal Blossoms. The zones will change drastically while under assault and include various new enemies, interactable objects, temporary quests, and a progress bar – filling it will allow players to face the enemy leader.

The Vale of Eternal Blossoms has finally healed from the devastation inflicted upon it toward the end of Mists of Pandaria, however, it too will suffer during these assaults. Not to fear, however, as it will return to its previous glory once the current assault has ended.

Two new World Bosses are featured in Visions of N’Zoth, appearing in the corrupted assaults of Uldum and the Vale of the Eternal Blossoms. Both of these World Bosses will drop ilvl 445 loot.

The Mantid have a new queen, Grand Empress Shek’zera, the successor to the former Grand Empress Shek’zeer who was defeated inside the Heart of Fear early in Mists of Pandaria. We learned in the  Sonic Stone quest that she has been procuring Azerite for unknown reasons, and now appears to be aligned with N’Zoth, similar to the Klaxxi Paragons, a friendly faction turned foe once they discovered the presence of Y’Shaarj during the Siege of Orgrimmar. Grand Empress Shek’zara will be found in the Vale of Eternal Blossoms while that Assault is active.

Vuk’laz the Earthbreaker is an insectoid Aqir world boss found in Uldum while that Assault is active.

Horrific Visions are a new Mage Tower and Death of Chromie scenario inspired challenge system meant for 1-5 players to fight their way through an alternate version of Orgrimmar and Stormwind in which N’Zoth has succeeded in revitalizing the Black Empire and corrupted the land. In them, players will face a new mechanic, Corruption, which slowly drains their sanity while within these realms.

Players will need to complete Titan Assaults in order to gain access to these visions, and they’re intended to have a rogue-like high degree of failure, but with upgrades that allow players to get a bit further each time. In the visions, players will experience various effects, some of which will be only cosmetic, but others which will include serious mechanical hindrances, which they may not be able to overcome on their first trip.

Wrathion will help players improve their defenses against the forces of N’Zoth by empowering them with an upgradeable Legendary Cloak,  Ashjra’kamas, Shroud of Resolve. Upgrading the cloak with materials obtained within the Horrific Visions will not only increase its item level, but also upgrade its appearance, offer better protection against sanity loss in both the Horrific Visions encounters, and reduce player corruption gained from new items dropping in Patch 8.3. Fully upgrading your Legendary Cloak will also open access to a new item that will add further Corruption Resistance to it.

In addition to Wrathion’s legendary cloak, fragments of N’Zoth’s corruption can be taken back into the real world for M.O.T.H.E.R. and Magni to analyze. This will unlock a tiered progression of research that can better protect you against the Horrific Visions, similar to Chromie’s upgrades in the Legion scenario. Upon earning the achievement for unlocking all research, Wrathion also becomes a vendor, selling items various items for leftover  Corrupted Mementos obtained from Horrific Visions.