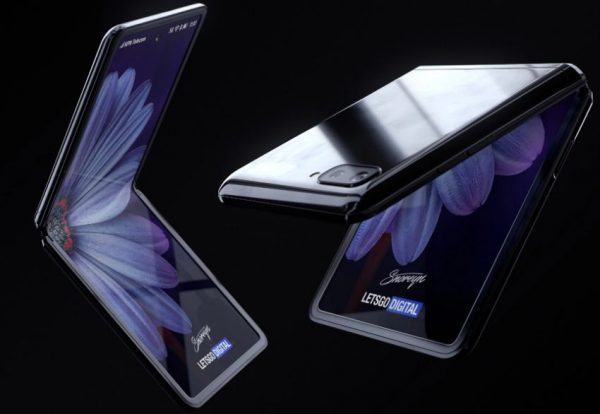 Samsung made headlines for months when it launched the Galaxy Fold in 2019 but now, Samsung is looking to do the same thing in 2020. The South Korean based tech giant has confirmed in numerous interviews that is currently adding the finishing touches to a next-gen foldable smartphone called Galaxy Z Flip.

Even though Samsung doesn’t want to reveal too much information about the smartphone, we got lucky and a press render that reveals the official design of Galaxy Z Flip has been leaked. With that said, let’s go ahead and check out everything there is to know about the foldable device.

Right from the start, we want to highlight the fact that Galaxy Z Flip will be quite different than Galaxy Fold. Even though they both are foldable smartphones, Galaxy Z Flip features a clam-shell design.

This is great news for Samsung fans because it means that the South Korean based tech giant figured out what went wrong with Galaxy Fold and it has fixed the problem by creating the clam-shell design.

As previously noted, Samsung didn’t want to go into too much detail when it comes to the hardware specs and features that Galaxy Z Flip has to offer. Fortunately for us, we already have a pretty good idea of what to expect thanks to industry analysts.

Considering that Galaxy Z Flip will be priced around $2,000, then we think it’s safe to say that the foldable smartphone will be powered by Qualcomm’s latest Snapdragon 865 CPU or Snapdragon 955 CPU.

According to numerous reports, Galaxy Z Flip will ship with a 6.7-inch display that features a punch-hole camera and 8GB of RAM. To make things even better, the foldable smartphone will ship with 256GB of internal storage space that can be expanded via microSD cards.