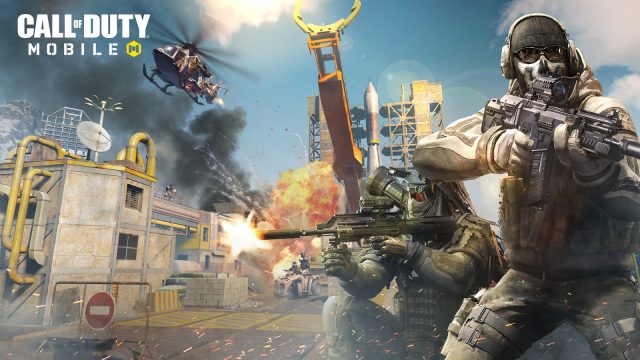 Are you a big fan of Call of Duty: Mobile? If that is the case, then we have some great news to share with you. Activision announced earlier this morning that a brand-new update has been made available for download. This is a high-priority update because it kicks off the much-anticipated Season 6 that is titled as “Once Upon a Time in Rust”. Without any further ado, let’s go ahead and check out everything there is to know about the update.

The first thing that we want to note about Call of Duty: Mobile’s latest update is that it sports the 1.0.12 version number. The update is available to download on Android-powered smartphones and it is rolling out via Activision’s official over the air channels.  Therefore, all Call of Duty: Mobile fans are advised to keep their smartphones connected to a stable Wi-Fi network.

We also want to highlight the fact that the update can be manually downloaded and installed in the form of APK (Android Package Kit). Installing this type of update is possible only on Android-powered smartphones that have enabled the “Unknown Sources” option in their Settings Menu.

Season 6: Once Upon a Time in Rust

As previously mentioned, the latest update for Call of Duty: Mobile introduces a brand-new season called Once Upon a Time in Rust that makes reference to the famous map where players used to duel back when the first Modern Warfare launched.

“Welcome to Season 6: ONCE UPON A TIME IN RUST. This is where legends are made. All new characters, weapons, premium and free Battle Pass with 50 tiers of rewards and more,” announced Activision.

Take on enemies in the new Rust map or 1v1 Duels in the new Saloon map. Play all-new modes including Capture the Flag and Kill Confirmed. Season 6, only available on Call Of Duty Mobile,” said the developers who are in charge of the mobile game in the patch notes.

Now that we presented everything there is to know about the new Season 6, let’s take a look at what are the best features that Call of Duty: Mobile offers as they are presented on the official Google Play Store page.

Console quality HD gaming on your phone with customizable controls, voice and text chat, and thrilling 3D graphics and sound. Experience the thrill of the world’s most beloved shooter game, now on your phone for easy on-the-go fun.

Play iconic multiplayer maps from Call of Duty®: Black Ops and Call of Duty®: Modern Warfare®, available for the first time for free. Or squad up with friends in a brand new 100-person battle royale survival map. Join the fun with millions of players from all around world!

As you play CALL OF DUTY®: MOBILE you will unlock and earn dozens of famous characters, weapons, outfits, scorestreaks and pieces of gear that can be used to customize your loadouts. Bring these loadouts into battle in thrilling PvP multiplayers modes like 5v5 team deathmatch, frontline, free for all, search and destroy, sniper battle, and battle royale.

Use skill and strategy to battle to the top in competitive Ranked Mode or to win the most Clan prizes as you play with friends. Compete and fight against millions of friends and foes in this thrilling free to play multiplayer shooter.

Whether in gameplay, events, controls, or loadouts, CALL OF DUTY®: MOBILE offers complexity and depth in an ever-changing experience.