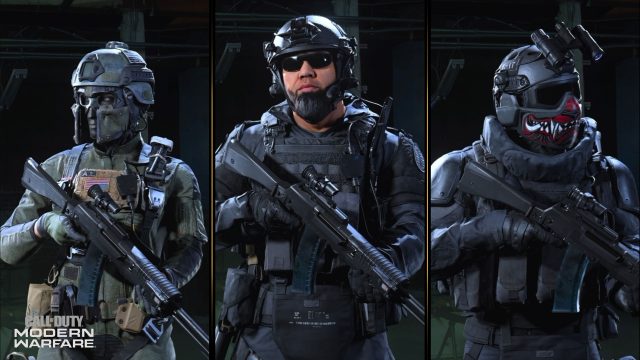 Tens of millions of people are waiting for Activision and Infinity Ward to release the massive Season 5 update for Call of Duty: Modern Warfare. The update is scheduled to drop on August 5th and fortunately for us and other fans of the franchise, the developers have decided to release some information about the content that the update is going to introduce.

The cool thing about Call of Duty: Modern Warfare is that all the playable characters have their own backstories. Now, Activision and Infinity Ward are planning to introduce a new “mysterious private military company” called Shadow Company Agency.

“An elite PMC, Shadow Company operates outside the boundaries of the original Armistice. Forged from the fires of in-fighting between the Coalition and the Allegiance, Shadow Company has a framework and agenda all of their own,” Infinity Ward said in a blog post.

“Ostensibly Allegiance Operators who have grown impatient with Coalition progress under the command of Captain Price, Shadow Company is a splinter group formed without compromise, ready to take the war directly to Mr. Z and into Verdansk and deal with terrorist threats directly,” added the developer.

The update is going to introduce a bunch of new operators that have a diverse range of expertise. Shadow Company consists of Rozlin “Roze” Helms (formerly Jackals), Velikan, and Marcus “Lerch” Ortega, the Company’s leader.

Lerch hails from Plano, Texas, and is a former member of the U.S. Marine Corps. Known on the battlefield for his enthusiasm and success in regards to eliminating the enemy, it was better to have Lerch with you rather than against you. Nonetheless, we will have to wait for the update to go live in order to find out what is the backstory of all the other operators.