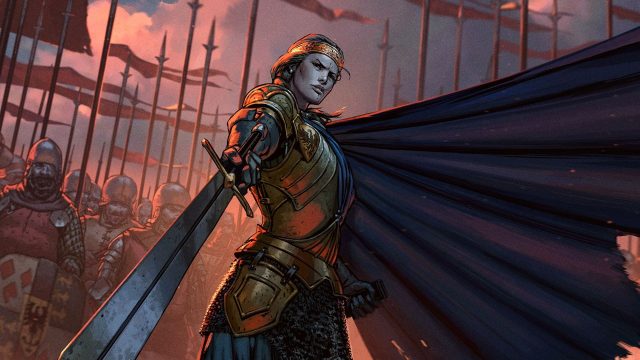 CD Projekt Red or CDPR for short is the Polish game developing studio that created the famous Witcher franchise. After three Witcher games and lots of DLCs, CDPR decided that it wants to show to the entire world that they are not a “one trick pony” and that their range of games can expand further away from the world of Geralt of Rivia.

Therefore, CDPR is focusing most of its time on developing the upcoming Cyberpunk 2077 game which is going to be a single player RPG title. However, this doesn’t mean that CDPR has forgotten all about the Witcher series. The reason we are saying this is because CDPR is getting ready to release a new game called Thronebreaker: The Witcher Tales.

The new game features an immersive RPG experience and it will be set in the world of the Witcher. What sets this game apart from other similar RPG titles is the fact that instead of traditional turn-based combat, Thronebreaker: The Wither Tales will feature the gameplay mechanics from the Gwent card game.

The cool thing about Thronebreaker: The Wither Tales is the fact that CDPR will launch a special live stream when the game launches. The live stream will be available on the official Gwent: The Witcher Card Game website and it will start at 9 PM CEST today. In addition, the live stream will also be featured on Amazon’s Twitch.

Another interesting fact that we need to mention about the upcoming Thronebreaker: The Wither Tales live stream is that none other than Pawel Burza will be the one who hosts the live stream. For those unfamiliar with this name, Pawel Burza is the Community manager for CDPR. Nonetheless, the new game looks fun and we think it’s going to be a success.