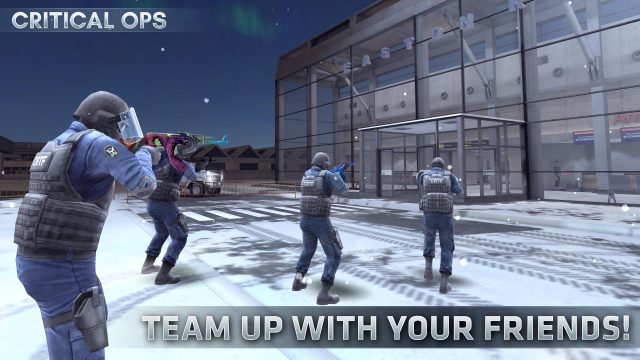 If you are looking for a fun mobile game that will make it seem like time is flying by, then you don’t need to search any further than Critical Ops: Multiplayer FPS. As the mobile game’s name is implying, Critical Ops: Multiplayer FPS is a first-person shooter where players get to enjoy fast-paced action. What makes this mobile game stand out from all other FPS titles is the fact that it features competitive combat where players can test the level of their skill in beautiful maps and challenging game modes.

Another important thing that makes Critical Ops: Multiplayer FPS a popular title in the Android community is the constant stream of updates that the mobile game benefits from. The developers are always releasing new features, bug fixes and balance changes that are keeping the gameplay fun. In fact, a new update has just arrived.

The latest update for Critical Ops: Multiplayer FPS has been released earlier this morning and it sports the 1.13.0.f959 version number. The update is rolling out via official over the air channels and therefore, all Critical Ops: Multiplayer FPS fans are eligible to download the update right away. With that said, let’s go ahead and take a look at what are the changes and features that the update is implementing.

The update introduces a handful of bug fixes that are tackling various issues that used to cause the mobile game to lag. This is not something that you want in an FPS game where you rely heavily on your reflexes and fortunately, the bug fixes are making sure that the lag never happens again.

If you are not a big fan of bug fixes, which is totally understandable, then you should be pleased to find out that the new update also comes with a new weapon. The weapon is none other than the famous Deagle.

The Deagle os one of the most powerful handguns to ever grace FPS titles and it is known for its power to take out enemies from afar. In fact, the Deagle is commonly dubbed as the “hand cannon” buy FPS fans.

Some people don’t like big guns and they instead prefer to get up close and personal. This is why the developers who are in charge of Critical Ops: Multiplayer FPS have made sure to introduce a brand-new knife called Balisong. The knife looks so spectacular that your enemies won’t know if they should be scared or amazed.

Now that we have checked out all the “goodies” that the new update brings to Critical Ops: Multiplayer FPS fans, let’s go ahead and take a look at what are the top features that this mobile game has to offer.