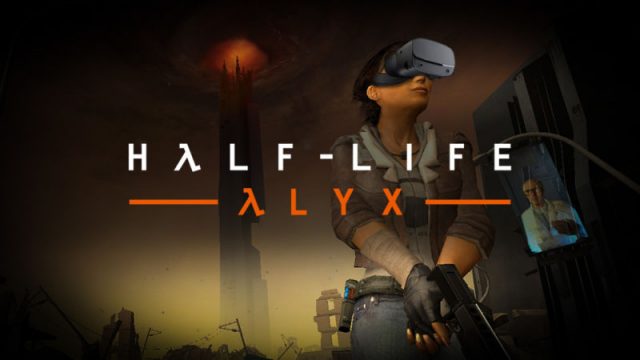 Valve has recently revealed the trailer for Half-Life: Alyx which is scheduled to launch in March 2020. The reveal video has millions of views and since it features a similar theme to Cyberpunk 2077, many fans are wondering if CD Projekt RED is seeing Half-Life: Alyx as a threat. The management for CD Projekt RED announced its annual earning call and it decided to use this as an opportunity to address the competition.

“Of course, we’ve seen the Half-Life VR announcement. I think it was a surprise for everybody … VR remains an extremely niche-y niche of the market. It’s very, very small,” said CD Projekt RED. This is showing us that Valve’s decision to make its new game exclusive to VR might not be such a great idea.

“The only reason I can think of why Valve has decided to actually put this title on the market is because they actually have a cooperation on the hardware side of the things and I assume they are planning … this is probably a big effort for them to try to expand that niche,” CD Projekt Red said. “That niche is very, very, very–and I could add a few verys here–small. So, from the market perspective, are we afraid? No. It is a very different niche.”

Valve is Promoting the VR Market, CD Projekt RED is Not

The management for CD Projekt RED did say that they are giving Valve praise for promoting the VR marketing and for helping it grow. However, the Polish game developer is not interested in creating games that are exclusive to VR, at least not just year.

“[Half-Life: Alyx] is an endeavor to try to push the hardware while we are really targeting the mass market where it is–which is major consoles and PCs without the need to have the VR gear,” the company said. “I know there are a few titles here and there that usually showcase [VR] but I have not heard of anybody building an actual valid business on VR so far.”