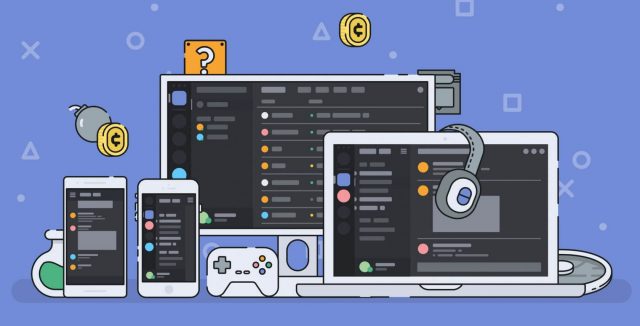 If there is one thing that all gamers can agree about, then it has to be the fact that games are always more fun when they are being played with friends. This is why online titles such as League of Legends and World of Warcraft, for example, have massive player bases with millions of people logging in every single day. Talking about online games, what makes them fun is the challenging content that they offer. The best way to defeat difficult bosses in raids and to get amazing loot is to communicate with your team and there is no better way to do this other than by using Discord.

Discord is the most popular chatting platform for gamers and what’s great about it is that Discord is a cross-platform app. This means that Discord runs on all types of operating systems. In fact, the reason why Discord is making headlines on our website today is because the Android version has just received a major update.

If you enjoy communicating with your friends via Discord, then we have some amazing news to share with you. The developers who are in charge of the app have just published a new update that sports the 10.1.5 beta version number. As the update version’s number implies, the new update can only be downloaded by Discord users who are enrolled in the beta program.

Fortunately, the developers who are in charge of Discord are allowing everyone to join the beta program with the only requirement being to provide them with solid feedback in case of glitches or bugs. This is a small price to pay for always being among the first people to access all the latest updates.

Since Discord excels at making it easier for users to communicate, then it shouldn’t come as a surprise to find out that the latest 10.1.5 beta update introduces a handful of features that are taking the communication performances to the next level.

The first feature that Discord users will notice is the introduction of feedback form for voice and audio calls. Filling out the feedback form is going to help the developers improve the overall quality of audio/video calls.

Another feature that the new update is introducing is the ability to temporarily mute directly from system notifications. This feature will prove to be quite useful when someone storms into your room and you need to mute everything for a couple of minutes.

Lastly, the update comes with a handful of software improvements that are improving audio reliability. Not just that, but the update is also fixing a major bug that made it difficult to log-in via QR code.

Message, call, and chat with your friends in real-time for all your gaming needs: everything from coordinating play sessions for Apex Legends to discussing League of Legends game meta, and organizing CS:GO team events to meming about Hearthstone. You can even upload your own images and GIFs.

Whether you’re making a chat server for your personal Fortnite squad or a big online Dota 2 coaching community, Discord’s got you covered. DM friends 1-on-1, group chat in a secret invite-only clan, or even start a public channel that anyone can join. You can participate in as many servers as you like!

Inviting friends to talk is as simple as copy/pasting a link. Once your teammates open your unique server link, they’ll instantly be added to your voice or text chat group so you can immediately start playing games, organizing World of Warcraft raids, and trash-talking your Rocket League buddies.

Discord is full of tools to help you organize your guilds however you like. Tidy up conversations by adding topic-based channels within each server, and assign roles to members if you want to give them special permissions or mod powers. You can also sort specific clan members into groups that you can message all at once with a single tag.

Groups of all sizes thrive on Discord. In fact, we’re the preferred communication app of game developers, Reddit communities, Twitch streamers, YouTube content creators, and countless other gaming-related interest groups to post news, polls, giveaways, and discussion topics for their thousands of followers.

Want to be notified when someone DMs or tags you to play Overwatch, but not when there’s a big debate about theorycrafting in your MTG Arena group? That’s easy with our detailed server notification settings, which give you complete control over what types of messages you get alerted for.

Discord is available for both mobile and desktop so you can voice chat with your team while playing games like PUBG, Rainbow Six Siege, or Destiny 2 on your PC, and continue to meme with the whole squad on your phone when you’re out playing Pokemon Go. Have all the flexibility you need in an app that’s fun, sleek, and easy to use.