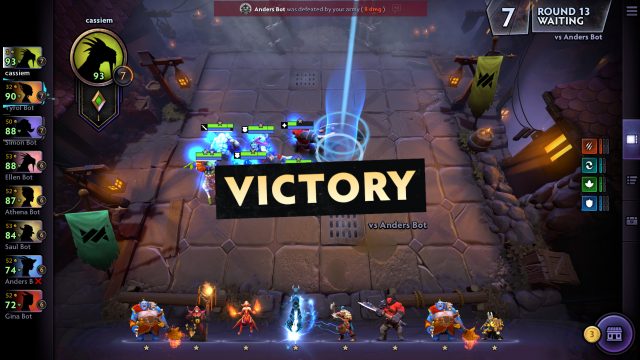 Dota Underlords is one of the best mobile games that Valve has ever made and it’s being played by millions of people from all over the world. The secret behind the mobile game’s “success” is the fact that it features the top-notch quality of characters and smooth gameplay that Valve’s games are renowned for. Nonetheless, today we are talking about Dota Underlords because the developers of the mobile game have just published a brand-new update.

If you enjoy playing Dota Underlords to avoid getting bored in your free time or when waiting in line at the grocery shop, then we have some great news to share with you. A brand-new update which sports the 1.0 version number has just started rolling out and we are advising all Dota Underlords fans to make sure to keep their smartphones connected to a stable Wi-Fi network so that they can be among the first ones to download it.

Alternatively, the update can also be manually downloaded and installed by eager Dota Underlords fans who don’t want to wait for the update to arrive via over the air channels. However, this is possible only by installing the update in the form of APK and this type of updates are compatible only with Android-powered smartphones.