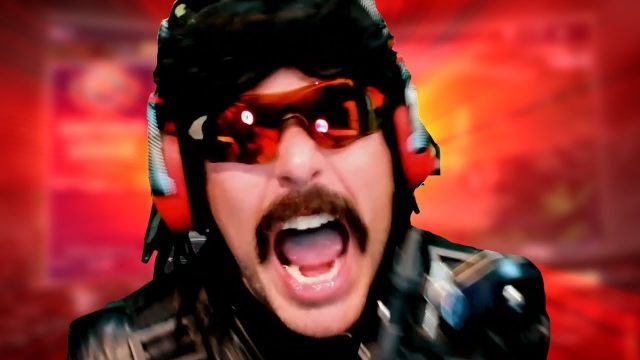 We reported yesterday that Twitch has started using the empty account of streaming superstar Ninja in order to advertise other smaller Fortnite streamers. This is a clever move from Twitch since Ninja signed a deal with Microsoft’s Mixer on August 1st in order to stream exclusively on Mixer and to leave Twitch behind. The question that everyone has right now is who will be the next streaming superstar that Mixer is going to get? Well, Dr. Disrespect has decided to share his opinion on this matter.

Dr. Disrespect is one of the most famous streamers on Twitch and sometimes he drops his persona in order to reveal some clever insight on how the gaming or streaming industry. This is exactly what he did last night when he stopped gaming for a couple of minutes in order to let everyone know what he thinks about Ninja’s move to Mixer.

The Two-Time Champion said that he respects Ninja’s move and that even though he might doing great on Mixer right now, he doesn’t think that his viewership will hit the same peaks as it did on Twitch. Fortunately, Dr. Disrespect has a solution for that.

Dr. Disrespect went on to say that the only for Mixer’s popularity to skyrocket and to have millions of viewers is to do a “power move” and sign more top streamers.

“I think you need at least five of the top ten on Twitch. A power move if you will, to really bring in the numbers and the hype to the platform,” added Dr. Disrespect.

Obviously, Ninja is doing great on Mixer because Microsoft probably paid him six figures in order to move from Twitch. Not just that, but his viewership has been doing really well during the first week with Ninja getting a total of 685,000 subscribers.