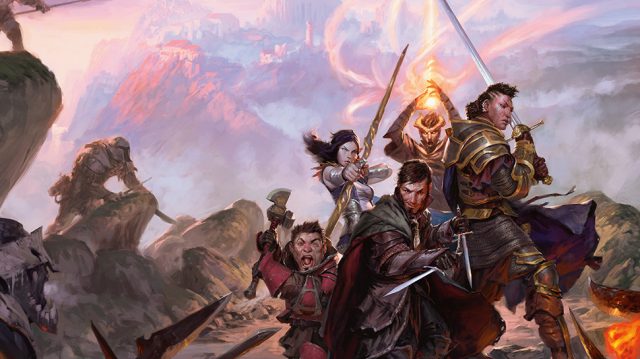 If you are a fan of Dungeons and Dragons (D&D), then we have some amazing news to share with you. It seems like many big-time companies have realized that millions of people from all over the world love to play D&D with their friends and now, these game developers are working on console and PC games that are based on D&D.

During the Game Awards 2019 show, a new D&D-themed game called “Dark Alliance” was revealed. The RPG title was then followed by Baldur’s Gate III which is being developed by none other than the legendary team at Laryan Studios. The question that remains is how many D&D games are being developed right now? The answer to that question is seven or eight.

Wizards of the Coast Confirms Seven or Eight D&D Games

Chris Cocks is the president of Wizards of the Coast and he confirmed in a recent interview with gamesindustry.biz that we should expect “seven or eight” D&D games to launch in the upcoming future. However, this is not all that the President revealed. He also announced that each D&D game will be different.

“We want each game to have a point of view, and to really keep on just a couple of things and do it really, really well,” said Chris Cocks. “What you don’t want to do is have every game in the franchise try to do the same thing, and try to do everything all at once.”

Another amazing thing that Chris Cocks revealed in the interview is that his team is allowing developers to do everything they want. D&D is all about being creative and Wizards of the Coast don’t want to limit this.

“We really don’t limit people,” said Chris Cocks. “The D&D team’s job is to say ‘yes’ when people want to play something… The best dungeon masters tend to want to figure out how to say ‘yes’ and have the players do what they want to do… We want to open it up, open up the narrative possibilities, the character development, open up the level of problem-solving and combat opportunities and thrills that players can be able to experience.”