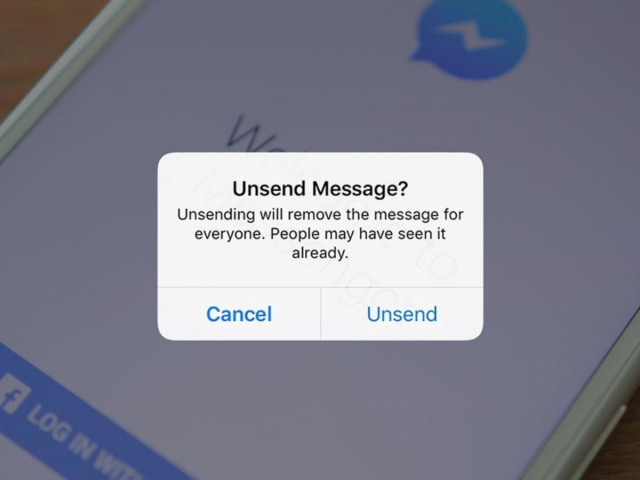 Did you ever send a message to your boss or ex by mistake and regretted it the next day? Everyone has done something like this at least once in their lifetime and fortunately, Facebook wants to make sure that people can have the option to unsend their messages so that they can think twice about the message that they are sending.

Facebook users have been asking for an unsend option for years now, and finally, Facebook has confirmed that the feature is going to arrive in a future OTA (over the air) update.

The new feature is going to be added to the standalone Facebook Messenger app and it will arrive to both Android and iOS users. Facebook has been testing this feature for months now, but the developers have finally decided to confirm it via patch notes.

“Coming soon: Remove a message from a chat thread after it’s been sent. If you accidentally send the wrong photo, incorrect information, or message the wrong thread, you can easily correct it by removing the message within 10 minutes of sending it” said Facebook.

Facebook did a great job of explaining what the new feature does and the only thing that Facebook wasn’t clear about is when will the feature arrive. Rumor has it that Facebook is looking to introduce it via the next OTA update that Facebook Messenger is scheduled to receive, but this is just a rumor so we have to wait for Facebook to announce the official launch date.

Even though we don’t know when the unsend message feature is going to arrive, we have to give praise to Facebook for announcing that its ready to roll out. The reason we are saying this is because it proves that Facebook is listening to all the feedback that its users are sending.