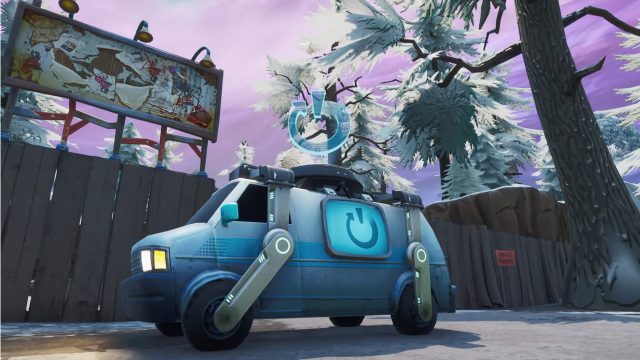 Apex Legends has taken over the gaming industry ever since it launched and everyone is calling it as the “Fortnite Killer”. Apex Legends offers a fast-paced gameplay, but what really makes it stand out from Fortnite is the cool features that it brings. Well, it looks like Apex Legends is not going to have the upper hand when it comes to exclusive features anymore because Fortnite has just borrowed one of the most important ones.

We reported yesterday that Epic Games has rolled out Patch 8.30 for the game. Everyone can check out the patch notes here. Nonetheless, the feature which stands out the most in the new Fortnite update is the ability to respawn teammates. This feature comes in the form of reboot vans.

Just like Apex Legends players can collect the cards of their dead teammates and respawn them after going to a specific spot on the map, reboot vans are making it possible for Fortnite players to bring their teammates back to life. Surprisingly enough, Epic Games didn’t bother to change the respawn system too much and it works just like in Apex Legends.

With that said, Fortnite players will be able to collect the cards of their teammates who died and then take them to one of the reboot vans in order to bring them back.

The respawn process lasts ten seconds and players will be respawned with a gray piston, 100 wood, 36 ammo and full health. This is the only difference in comparison with Apex Legends where the player spawns without anything.

Even though Fortnite “borrowed” this feature from Apex Legends, it does show us that Fortnite is here to stay. The Battle Royale is still the most played online game in the world and from the looks of it, Epic Games is not going to let its popularity fade away.