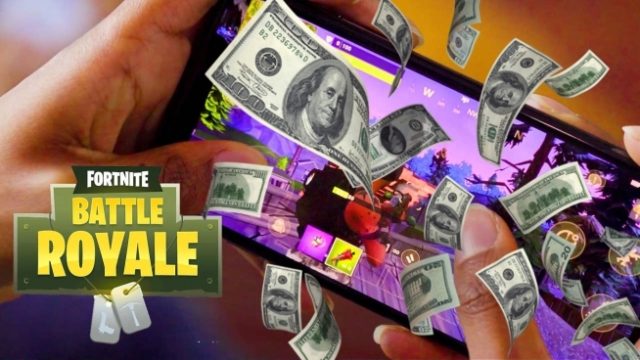 Fortnite is such a popular game that it’s regarded as a cultural phenomenon instead of a hit game. The amazing thing about Fortnite is the fact that the game doesn’t appeal to a single age demographic and everyone plays it starting with UFC fighters such as Demetrious Johnson and ending with famous musicians such as Marshmallow.

Nonetheless, the reason why Fortnite is making headlines today is because a knowledgeable source of TechCrunch has revealed that despite being a free to play game, Fortnite has generated more than $3 billion in profit this year.

The fact that Fortnite is a free to play game is one of the primary reasons why it has more than 200 million worldwide players. However, the game still generates revenue through in-game purchases such as cosmetic items and XP boosts.

According to TechCrunch’s source, the free to play game has generated $3 billion in profits in 2018. This is super impressive and every other company who purchased stocks in Epic Games must be pleased with this news.

Since we are talking about Fortnite being a free to play game, we have to mention that the only reason why Fortnite has managed to remain free is because of a huge $330 million investment from the Chinese based company Tencent who purchased a 40 percent stake in Epic Games back in 2012.

“We realized that the business really needed to change its approach quite significantly. We were seeing some of the best games in the industry being built and operated as live games over time rather than big retail releases. We recognized that the ideal role for Epic in the industry is to drive that, and so we began the transition of being a fairly narrow console developer focused on Xbox to being a multi-platform game developer and self publisher, and indie on a larger scale,” said Epic Games CEO Tim Sweeney.