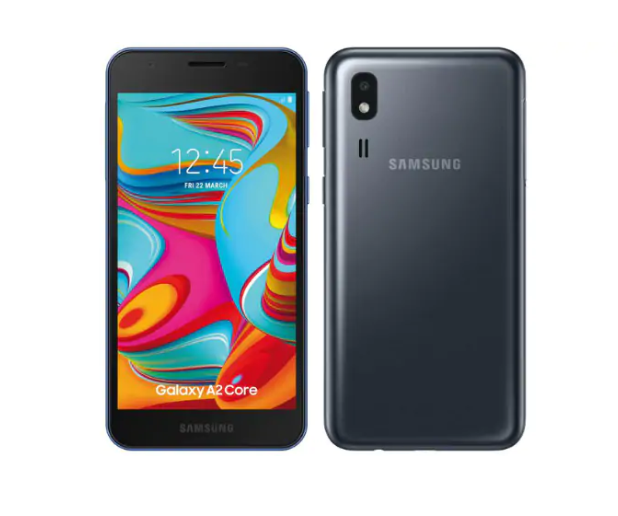 Its been one month since Samsung launched its highly anticipated Galaxy S10 flagship smartphone and now, the South Korean based tech giant is getting ready to launch a brand-new smartphone. Even though Galaxy S10 might feature some of the world’s best hardware parts available to smartphones alongside a sleek looking all-screen display, the smartphone is quite expensive. The starting price of Galaxy S10 is $899 and therefore, not everyone can afford it. Well, this is why Samsung is getting ready to launch Galaxy A2 Core.

Samsung is a powerful tech company but there is one thing that Samsung simply can’t do and this is to keep secrets. Samsung is too big of a company in order for leaks to not come out and this is how we managed to get our hands on the full specs sheet of Galaxy A2 Core ahead of its official launch date.

With that said, Galaxy A2 Core is going to be equipped with a 5.0-inches display that features a pixel resolution of 540 x 960 and an aspect ratio of 16:9. This is a lightweight smartphone and it weighs in at 124GB.

Moving on, Galaxy A2 Core ships with a mid-range battery of 2,600 mAh and a 5MP primary camera mounted on the back side. Lastly, the most important hardware part that Galaxy A2 Core will have to offer is its Exynos 7870 CPU that is paired with 1GB of RAM.