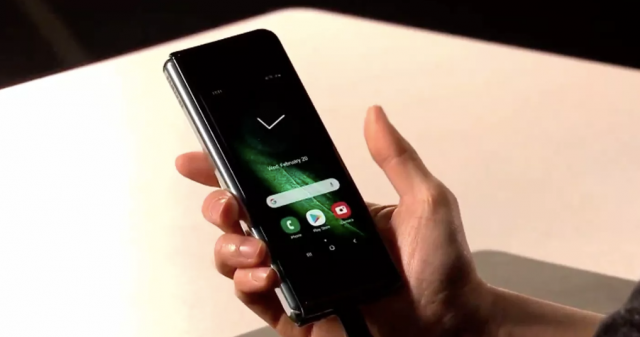 Galaxy Fold is the smartphone that we all have been waiting for. This smartphone can fold which means that it can transform from a normal smartphone that can fit in your pocket to a huge tablet in a matter of seconds. Galaxy Fold represents the future and there is no doubt about that. On the downside of things, Galaxy Fold is also super expensive being priced at $1.980. Considering that Samsung’s innovative smartphone is priced at nearly $2.000 you would expect it to deliver stellar hardware performances? Well, it looks like this might not be the case.

Weeks before Galaxy Fold was officially announced, the foldable smartphone was spotted on GeekBench. The benchmarking website showed that Galaxy Fold is fueled by a Snapdragon 855 CPU and 12GB of RAM.

Galaxy Fold was recently spotted on GeekBench once again running with the same Snapdragon 855 and 12GB of RAM configuration. However, it looks like Samsung wasn’t able to get the system optimization right because the foldable smartphone scored 3,418 points in the single core test and a disappointing 9,703 points in the multi core test.

Truth be told, Galaxy Fold’s second benchmark results are not too low. However, the multi core results are significantly lower than the first ones. This leads us to believe that Samsung is having issues when it comes to optimizing Galaxy Fold’s software.

Therefore, the foldable smartphone might have problems when it comes to multi-tasking, something which the massive display excels at with the split-screen view mode. Let’s just hope that Samsung manages to fix this CPU performance issue before the smartphone starts shipping.