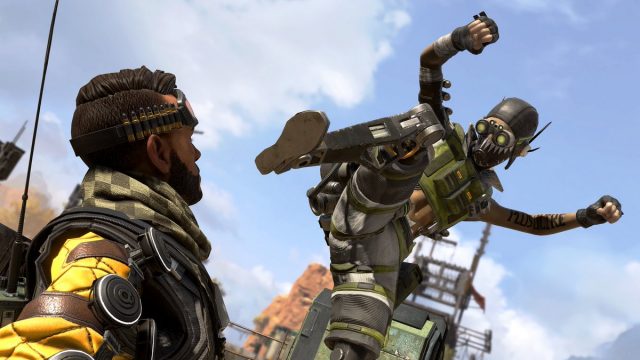 Apex Legends received its 9th character when Season 1 was released and he is named Octane. While Octane might be a really fun character, Respawn Entertainment wants to make sure that Apex Legends have enough diversity and a second character will arrive before Season 1 ends.

This information was confirmed on Sony’s official PlayStation website where the following teaser can be seen “two new characters will launch over the course of the season”. This will also include a full set of new cosmetics for both heroes.

The first thing that we want to cover is that Respawn Entertainment has also confirmed that it plans to release two characters per season. However, the game developer didn’t announce the exact release date and therefore, we believe that the new Legend will be announced in 12 weeks.

His Name is Wattson

Even though Respawn Entertainment has yet to announce any official news about the new character that is scheduled to release before Season 1 ends, previous leaks have shown that the game developer is currently adding the finishing touches to a new Legend called Winston.

Just like the character’s name implies, Wattson will have something to do with electricity. There has been just one leak that showcases Wattson abilities and it revealed that the new character will be able to use an ability called “Tesla Trap”. This is probably going to be Wattson’s ultimate ability and the electricity will more than likely stun the enemies.

Let’s hope that Wattson arrives sooner than expected since a Tesla Trap will be really useful in the game. Wattson could set traps around his favorite snipping spots so that all enemies who try and get close will be stunned and become a “sitting duck” for Wattson to eliminate.