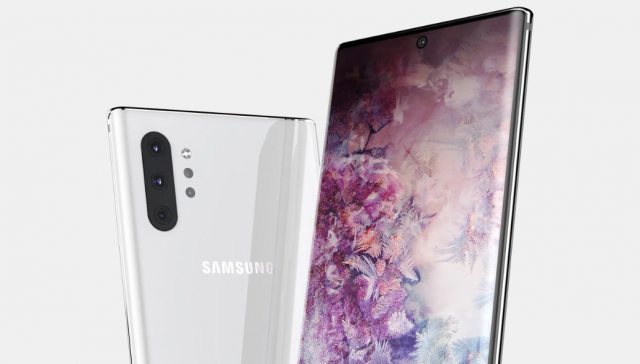 The internet has been buzzing with leaks and rumors about Samsung’s upcoming Galaxy Note 10 and now, someone who has a good reputation in the tech industry has decided to reveal the full specs list of the next-generation Samsung flagship. The leakster that we are talking about is none other than OnLeaks and he has a great track record of predicting upcoming devices and what kind of hardware specs they will have to offer on launch day. With that said, let’s check out everything there is to know about Galaxy Note 10’s specs. Galaxy Note 10 Leaked Specs

According to OnLeaks, Galaxy Note 10 will ship with a massive 6.3-inches display that sports the cool looking Infinity-O display which uses AMOLED technology. The smartphone is also going to be powered by the impressive Snapdragon 855 Plus CPU. For those who aren’t aware, this is the most powerful CPU available for smartphones right now and Samsung is planning to pair it with 8GB of RAM and 256GB of internal storage space.

Furthermore, the smartphone will be equipped with a 3,600 mAh battery that supports 45W charging alongside 15W PowerShare and 25W charger. To make things even better, Galaxy Note 10 will be bundled with a new S Pen that supports “Air Action” gestures for navigation in the user interface.