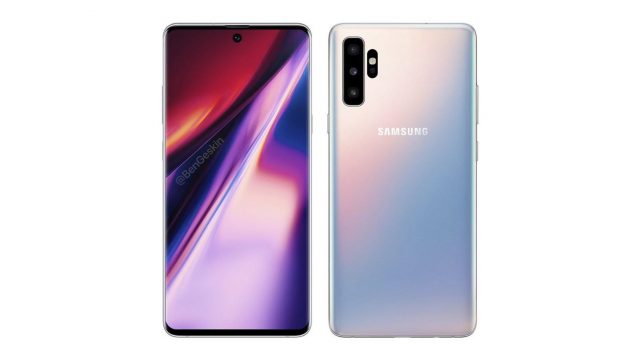 Even though Samsung has already launched its much-anticipated Galaxy S10 smartphone, the device that everyone is waiting for is Galaxy Note 10. This is going to be the device that holds Samsung’s flagship title in 2019 therefore, the expectations for Galaxy Note 10 + are through the roof.

Fortunately for us and other Samsung fans, we don’t have to wait any longer in order to get a glimpse of what the upcoming smartphone is going to look like because a real-life picture of it has just been leaked.

The leaked picture of Galaxy Note 10 + comes as a courtesy of TechTalkTV which is a reputable leaksters that has predicted many upcoming devices in the past. Therefore, we believe that the picture is as real as it can get. 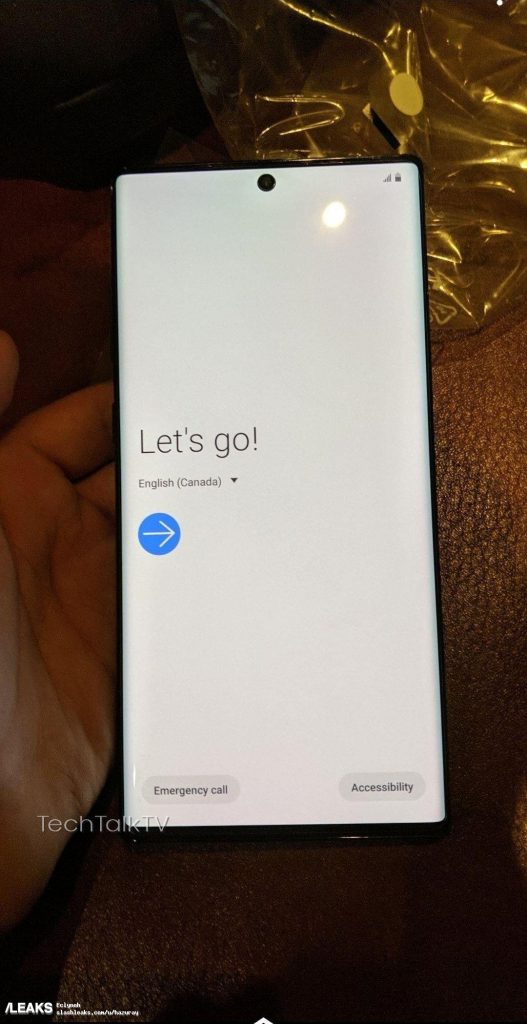 From what we can tell after taking a closer look at the leaked picture, Galaxy Note 10 + will ship with massive a full-screen display that features almost inexistent bezels. This is possible only because the selfie shooter of Galaxy Note 10 + is located in the middle of the display and also because it doesn’t have a notch.

According to previous leaks and rumors, Galaxy Note 10 + will feature a Dynamic AMOLED capacitive touchscreen which measures in at 6.75-inches. The display will offer a pixel resolution of 1440 x 3040 and it will be coated in Corning Gorilla Glass for additional protection.

When it comes to hardware power, Galaxy Note 10 + is quite impressive since it will be fueled by a Snapdragon 855 CPU which clocks at 2.73GHz. Moreover, the CPU is paired with an Adreno 640 GPU and 12GB/8GB of RAM.