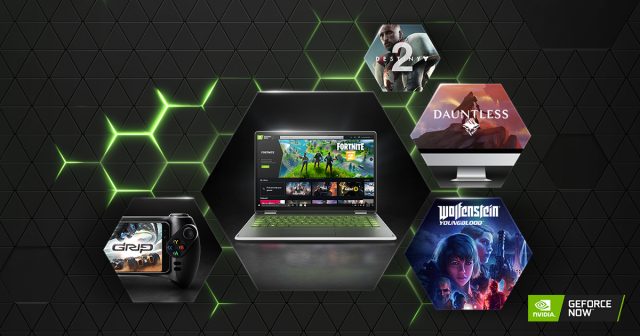 It’s only been a couple of months since NVIDIA launched GeForce Now and the streaming platform’s userbase has skyrocketed. For those who are unfamiliar with GeForce Now, they should know that this is a special app that makes it possible for people to play their favorite as if they were streaming them in real-time from NVIDIA’s powerful gaming PCs.

The only thing that GeForce Now requires to work is a subscription and a decent internet connection. Everyone can play games from their laptops, PCs and even Android-powered smartphones. Talking about the Android version of GeForce Now, we want to let everyone know that it has just received a new update.

If you enjoy using GeForce Now to stream your favorite AAA games on your smartphone, then you should be pleased to know that a new update is coming your way.

The update is changing GeForce Now’s version number to 5.27.28256416 and it is available to download via OTA (over the air) channels.

Furthermore, the update weighs in at 38.91MB and it is targeting smartphones that are running on Android 9.0 Pie. Luckily, the update can be installed on a minimum of Android 5.0 Lollipop and therefore, older smartphones can access it.

According to the patch notes listed by the developers, the latest update for GeForce Now is aiming to improve the overall user experience and to add major gameplay improvements.

Therefore, we are advising all GeForce Now fans to download the update as soon as possible if they want to enjoy the full gaming experience that the streaming platform has to offer.

In addition, the update comes with a handful of bug fixes that are tackling various issues which sometimes caused GeForce Now to lag. Fortunately, this is not going to happen anymore.