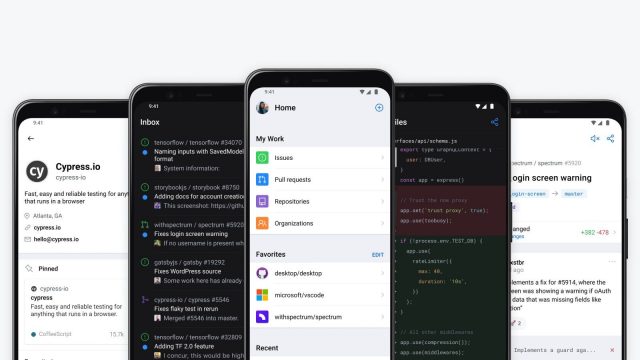 GitHub is every developer’s best friend and there is no doubt about that! This is a useful platform that makes it possible for developers to save or share their code and it is now launching on Android and iOS. Microsoft announced that GitHub is now available to download directly via the Google Play Store or the App Store for free. This is great news for developers who enjoy using the GitHub’s code repository service to manage their projects while away from their computers.

GitHub for Android and iOS

GitHub will send notifications directly to the user’s smartphone whenever someone makes a change to the code or uploads a new task. The inbox where the notification will arrive looks just like a normal email inbox and users can swipe on task to either save or mark them as complete. To make things even better, users can also react to their notifications with emojis.

Since this is GitHub that we are talking about, then it should come as no surprise that the Android and iOS versions of the app make it possible for users to view code. Unfortunately, GitHub mobile is not allowing users to make direct changes to the code that is saved in the repository. This leads us to believe that GitHub is a great app for developers who want to check out what their teams are doing while they are away from their computers.

Even though GitHub for Android and iOS does not allow users to edit the code, we have to admit that the app is still super useful. Developers who are in charge of big teams are going to love the ability to assign tasks and view all changes to code from everywhere they might be.