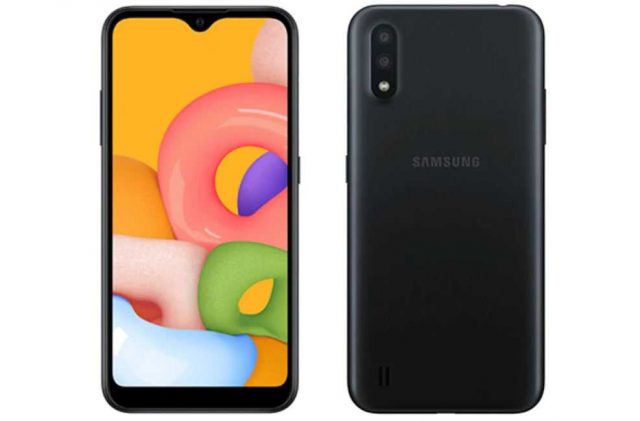 Samsung is looking to add a new smartphone to its “M” series that will ship with 3GB of RAM. Even though Samsung has yet to announce the new smartphone, we know that it will launch in the upcoming future thanks to the fact that it was spotted in a GeekBench listing under the SM-M015G model number.

With that being said, today we are going to check out the performance results that Galaxy M01 had on in GeekBench report in order to get a better understanding of what the upcoming smartphone has to offer.

The first thing that we want to mention is that GeekBench is a benchmarking website that is being used by all of the world’s biggest tech companies to test out the performances of their smartphones before releasing them. Therefore, no one should be surprised to see Samsung announcing the official launch date of Galaxy M01 during the upcoming weeks. 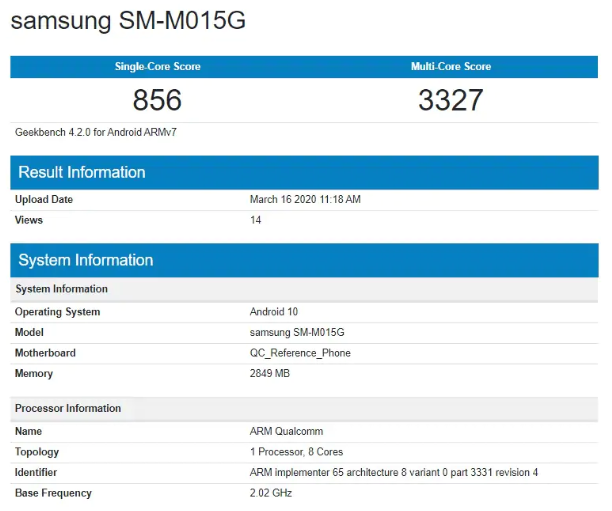 According to the GeekBench report, Galaxy M01 is going to be powered by an ARM Qualcomm processor. The processor features eight cores and a base frequency of 2.02GHz. Furthermore, Samsung has paired the processor with 3GB of RAM and it managed to score a whopping 3,327 points in the multi-core test. Not just that, but the processor also scored 856 points in the single-core test.