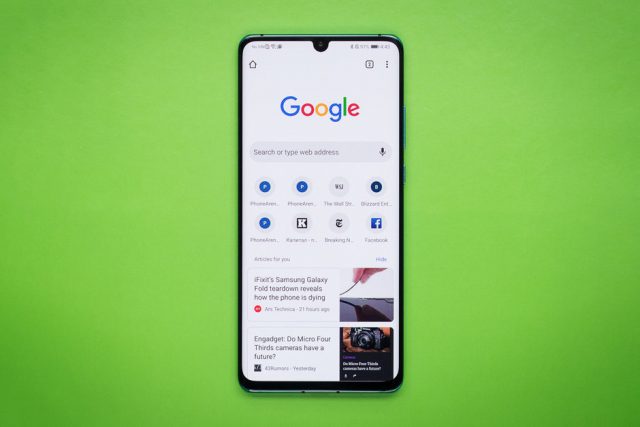 When it comes to mobile browsers, nearly everyone agrees that Google Chrome is the best choice for Android smartphone users. After all, the mobile browser is developed by none other than Google and this means that Chrome integrates perfectly with the Android operating system. Another big advantage of using Chrome is the fact that Google is updating it every week with software improvements. In fact, a new update has arrived earlier this morning and today we are going to cover everything there is to know about it.

If you enjoy using Chrome, then you should make sure to keep your smartphone connected to a stable Wi-Fi network. The reason why we are saying that is because the Android parent has just released a brand-new update for the mobile browser. The update is rolling out via Google’s official over the air channels and it focuses on improving the overall user experience that Chrome offers.

As previously noted, the latest update for Chrome is improving the user experience that the mobile browser provides and the way that it’s doing that is by introducing a bunch of bug fixes. We know that bug fixes are not as exciting as features, but we are assuring everyone that they are actually more important than new features.

The bug fixes that are being introduced by the new 79.0.3945.93 update are squashing various bugs that sometimes caused the mobile browser to lag. Fortunately, this is not going to happen anymore. In addition, the bug fixes will also boost the start-up speed of Chrome.

The last thing that we want to mention is that even though the update is being rolled out via over the air channels, Android fans can always choose manually download and install the new update. This is possible by getting the update in the form of APK (Android Package Kit).