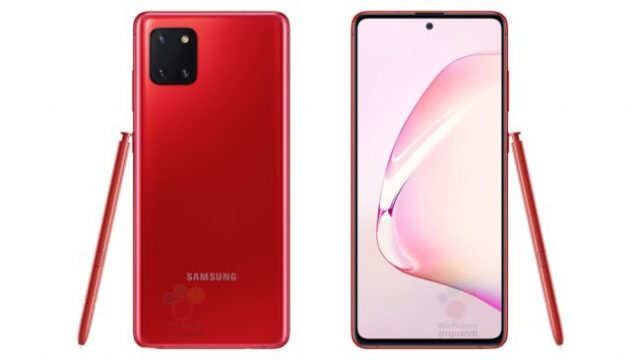 One of the most important characteristics that separate Samsung from all other smartphone manufacturers is the fact that Samsung wants to cater to all fans, not only to those who can afford to spend $1,000 for a flagship smartphone. This is why Samsung is always launching mid-ranged smartphones but now, the South Korean based tech giant has decided to take things to the next level and it is working on a special Galaxy Note 10 Lite model that will launch in early 2020.

Even though Samsung is doing its best to keep all information about its upcoming smartphones away from the media’s eyes, we got lucky and the leakster known as “OnLeaks” has managed to get his hands on an official press render that highlights the sleek design of Galaxy Note 10 Lite. With that said, today we are going to check out everything there is to know about the upcoming smartphone and also take a look at the features that we can spot in the leaked press render.

As we can tell from the leaked press render, Galaxy Note 10 Lite will ship with a full-screen display. The display features a punch-hole for the selfie camera but what truly makes it stand out from all the other Galaxy Note models is the fact that it is flat. The last Galaxy Note device to sport a flat display was Galaxy Note 5.

Samsung is dubbing the new device as a “Lite” smartphone, but this doesn’t mean that Samsung is not going to equip it with premium specs. If we take a look at the rear side of Galaxy Note 10 Lite, we can clearly see that the smartphone is equipped with a triple-camera setup that sports quite an innovative design.