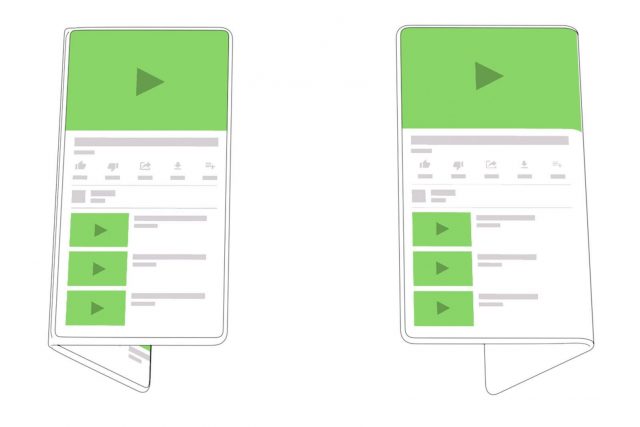 Google is usually one step behind Samsung when it comes to smartphone technology and therefore, it shouldn’t come as a surprise that the Android parent is planning to follow Samsung’s strategy and also launch its own foldable smartphone. This information was unveiled earlier today during Google’s I/O 2019 event where the Android parent reveals all its upcoming software changes and hardware. Nonetheless, today we are going to take a closer look at the foldable smartphone that Google is planning to launch and present the most important details.

“We’re definitely prototyping the technology. We’ve been doing it for a long time,” said Google’s own Mario Queiroz when the question about foldable smartphones was brought up. While the Google executive might have confirmed that the foldable smartphone is in the making, he didn’t want to give any hints about its official launch date. Therefore, we believe that Google is not planning to launch its own foldable smartphone any time soon.

What we should mention is that even though Samsung’s Galaxy Fold is the world’s first foldable smartphone, Google is not going to copy its design. The Android parent wants to make its foldable smartphone unique in terms of design and this is why the display is going to bend backward and not forward as it does on Galaxy Fold.

“We’re prototyping foldable displays and many other new hardware technologies, and have no related product announcements to make at this time,” added Mario Queiroz. Therefore, Pixel fans will need to wait a little more time until they will be able to pre-order a pure Android foldable smartphone.

One of the reasons why Google is not rushing to launch the foldable smartphone is because Samsung’s Galaxy Fold has proved that there can be many unforeseeable problems. Samsung was forced to retrieve all Galaxy Fold units after the folding display started malfunctioning. The problem here is that this happened only a couple of days after the folding smartphones were purchased.