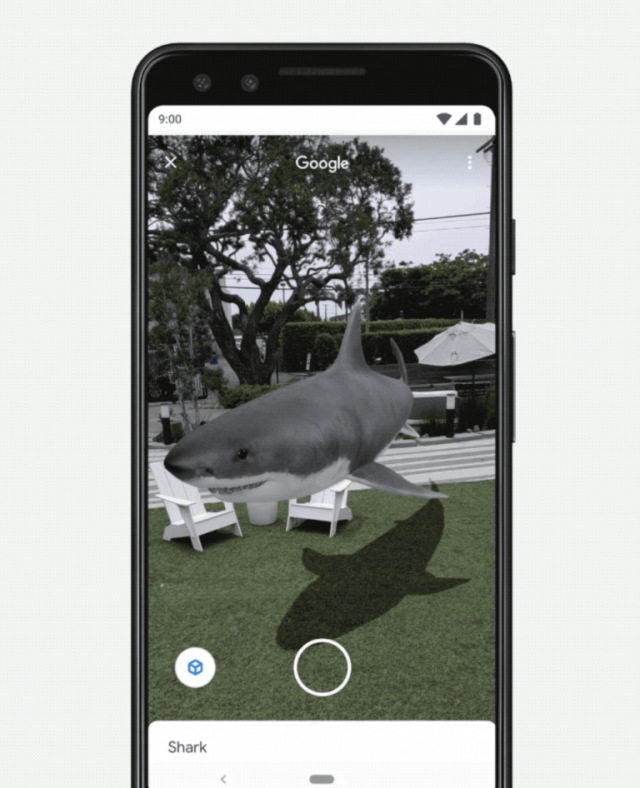 Google’s highly anticipated I/O 2019 event took place today and the Android parent used this event as an opportunity to announce all its upcoming software changes and innovations. One of the most interesting announcements that Google made during the event is that it will start implementing AR (augmented reality) into Search. Not just that, but the Android parent is also planning to introduce a bunch of new AR features for Google Lens.

“With new AR features in Search, you can view and interact with 3D objects right from Search and place them directly into your own space, giving you a sense of scale and detail. For example, it’s one thing to read that a great white shark can be 18 feet long. It’s another to see it up close in relation to the things around you. So when you search for select animals, you’ll get an option right in the Knowledge Panel to view them in 3D and AR,” said Google.

As we can clearly see in Google’s statement, the implementation of AR technology is going to take the performances of Search to the next level. To make things even better, brands and agencies will also be getting access to these AR features.

Big companies such as Nike and Samsung, for example, will be able to create their own AR content which can be viewed in Search. Just imagine how awesome Nike’s commercials for shoes are going to be once Nike’s brilliant marketing team gets their hands on the AR features for Search.

Lastly, we want to mention that Google Lens is going to receive a bunch of AR features as well. They will be available for access directly from the UI (user interface). Google gave one example of this type of features by saying that Google Lens users will be able to watch food on the menu in AR and see what it looks like before ordering.