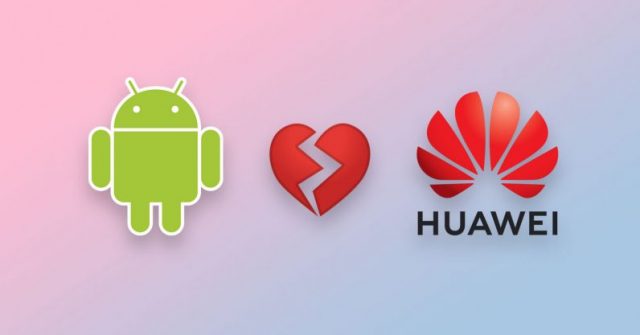 It seemed like Huawei was ready to take over the smartphone industry a couple of weeks ago when reports started showing that Huawei has become the world’s second largest smartphone manufacturer. However, things have taken a turn for the worse and Google has announced that it will stop supporting Huawei and providing its operating system and software to all upcoming Huawei smartphones. This is a huge blow to Huawei and the Chinese based tech giant might never be able to achieve its goal of overtaking Samsung.

Google is now officially cutting back on its business with Huawei. The reason why the Android parent is doing this is not to make its competition in the smartphone industry easier, but to follow an order issued directly by the Trump administration which is barring all American companies from selling their software to Chinese tech companies that don’t have a US government license.

“We are complying with the order and reviewing the implication,” said a Google spokesperson in regards to cutting back its business with Huawei. On the bright side of things, all current Huawei smartphones are safe and they will keep receiving software support from Google.

A spokesperson for Huawei said that the company is “examining the implications from the US actions for consumers. Huawei has been building an alternative operating system just in case it is needed. We would like to be able to continue operating in the Microsoft and Google ecosystem.”

From the looks of it, Huawei fans who live in the US might have to get used to a new operating system if the Trump administration doesn’t change the legislation.