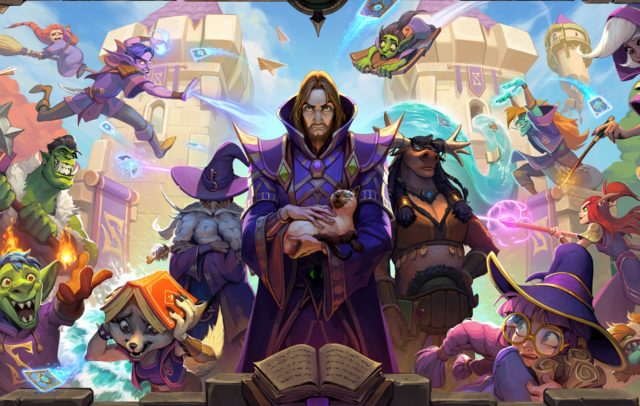 We have some amazing news to share with Hearthstone fans who love playing the game on their Android-powered smartphone. The major 18.4.60352 update is now available to download on Android and today we are going to cover everything there is to know about the new features, buffs, and nerfs that the update introduces.

Elementals will always be available in the minion pool until they join the rest of the shifting minion pool in a future update.

Players will see their rating reset to 0, and all new players will start with 0 rating. With every Top 4 placement, players will gain rating—up to 300 per win. A player’s rating will never go below 0, and they cannot lose rating until they’ve climbed above 2000.

Here are the nuts and bolts of how the new system works:

Please note that your rating will not visibly reset until you’ve played at least one Battlegrounds game!

We’re giving all players one free Arena ticket to celebrate the return of Dual-Class Arena! When you start an Arena run during the Masquerade Ball event, you’ll choose a Hero before choosing a Hero Power from a different class. Card offerings will feature cards from BOTH classes, in addition to neutral cards!

Grab a costume, it’s time to dance! When you play a minion in this Tavern Brawl, it transforms into a minion that costs (2) more. When that minion dies, the original minion is revealed and re-joins the fight!

Journey with Rexxar in the next installment of Hearthstone Book of Heroes and find true heroism in the heart of the wild! Defeating all 8 bosses in this linear adventure will reward 1 Hunter Pack, containing only Hunter cards from Standard!

Dress up as big bad bosses from past battles and crash the party! The Boss Battle Royale 3 Tavern Brawl features 10 playable bosses, each sporting a unique Hero Power.

Starting September 29, players can complete a chain of Legendary Quests to earn a total of 9 card packs! Quests will be initially available on the following dates:

After a thorough examination of garments in our lost and found cupboard, Transfer Student has embarked on a laborious journey to find the perfect costume for the Masquerade Ball! We’ve identified an itinerary in the dormitory that outlines an intention to visit Dalaran, Uldum, Dragonblight, and the Black Temple. Scribbled on the back is mention of playing Rexxar’s tale in Hearthstone Book of Heroes, and at least one match in both Battlegrounds and Arena.

Retrace their steps and you’ll be rewarded with two golden copies of Transfer Student! Good luck!