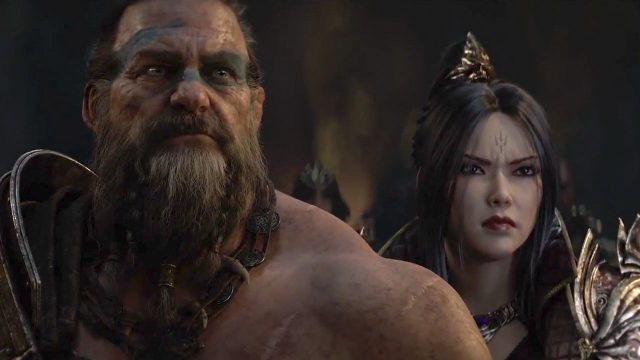 We talked yesterday about Blizzard’s latest announcement when it comes to the Diablo franchise, but what we didn’t mention is the way the game was received by fans. Everyone expected this year’s BlizzCon event to be focused on Diablo and maybe on a new Diablo game and this is exactly what fans got. Unfortunately, the new Diablo game is not Diablo 4 and it’s a mobile title called Diablo Immortal that runs on iOS and Android powered devices.

Even though you might think that Diablo fans would be happy to get a new title that expands on the stories of iconic characters such as Tyrael and Deckard Caine, this was not the case. The people who were presenting Diablo Immortal got booed when they announced the game and the reason behind that is quite simple, everyone was expecting Diablo 4 and not a mobile game instead.

This might be a first in the history of BlizzCon events because Blizzard has never got booed off the stage. However, we don’t know what Blizzard imagined it would happen when they announced a mobile game instead of Diablo 4 because this is what the community has been asking for a couple of years now.

On the other hand, Blizzard has brought this on itself because it kept on dropping hints that Diablo 4 will be coming soon in different Blue Posts on its Forum.

Is This an April’s Fool Joke?

The craziest thing about the entire Diablo Immortal panel is that a fan waited for the Q&A section in order to ask the developers if the mobile game is somehow an offseason April’s fools day joke. Sadly, the fan was not joking and he was hoping that the developers might start laughing and maybe reveal the game everyone was waiting for, Diablo 4.