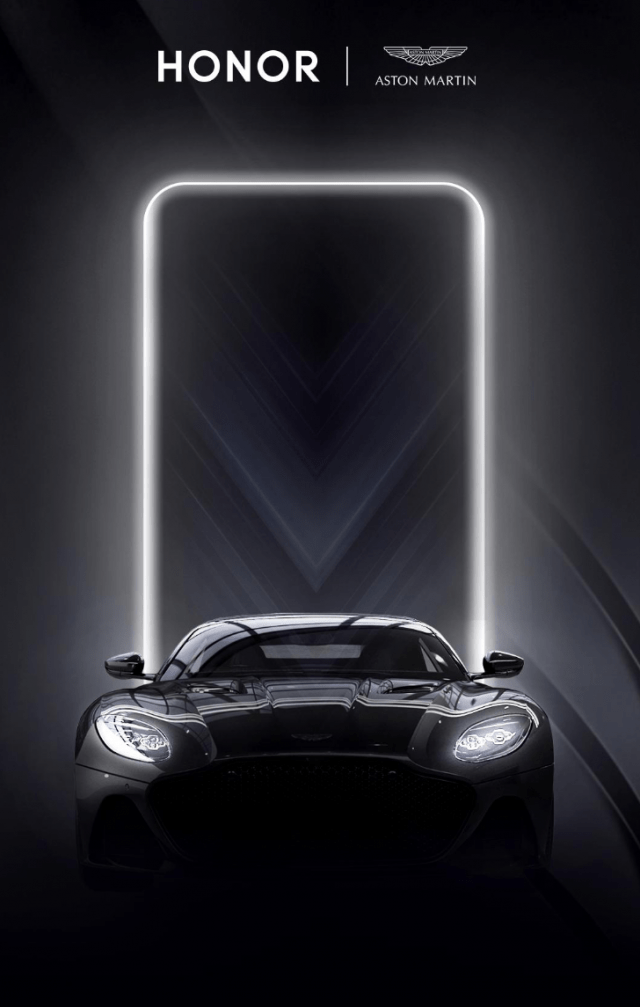 Huawei made headlines all around the world yesterday after it teased a brand-new smartphone called Honor V30. This is a high-end smartphone that will hold the title of being Huawei’s flagship in 2020 and therefore, Honor V30 will be equipped with the best hardware parts available on the market. Even though Honor V30 is expected to hit the stores later this month, Huawei decided to release a press render that showcases a special version of the smartphone that will launch at a later date.

Smartphone manufacturers usually team up with super-car producers and create special versions of their flagship smartphones that are equipped with improved specs and sleeker designs. Huawei has posted a new picture of Honor V30 that sports a special design that has been created by the folks at Aston martin.

We can’t spot too many features in the press render but if there is something that we can be sure about, then it has to be the fact that Honor V30 will be super-fast, just like the high popular Aston Martin cars. Nonetheless, let’s go ahead and check out which are the specs that the smartphone has to offer.

Honor V30 is going to run on Google’s Android 9.0 Pie out of the box and it will receive the latest Android 10 operating system update during the upcoming months. The smartphone will ship with a bezel-less display that measures in at 6.4-inches (16.26 cm) and it will sport a punch-hole design.

When it comes to specs, Honor V30 is a powerhouse! The smartphone is fueled by a HiSilicon Kirin 990 octa-core processor that is paired with 6GB of RAM and 128GB of internal storage space. To make things even more impressive, Honor V30 will be powered by a 4,000 mAh battery that supports Super-Charging.